In May, we worked with Deutsche Telekom and researchers at University College London (UCL) and the University of East Anglia (UEA) to launch Sea Hero Quest. This fun game got you sailing through sunkissed tropical seas and memorising maps of stormy shores – all in the name of research.

The value of Sea Hero Quest is that, with your permission, researchers have been collecting anonymous information about how you play. They’re using this information to answer important questions about human spatial navigation – how does it change over age, between men and women and between countries? And they’ll use this information to develop new ways to idenfity what happens when this important process goes wrong in dementia.

Over the last few months, we’ve been asking you to play and you’ve more than delivered. In fact a staggering 2.4million people have played Sea Hero Quest – enough to generate 63 years’ worth of game play. If researchers were to try to repeat this with conventional laboratory methods, it would take them over 9,000 years!

Together with Deutsche Telekom, you’re helping us support a researcher at UCL to start making sense of the billions of data points collected so far. This two-year project has only just got underway but we’re already getting a glimpse of what incredible insights are to come.

Today in San Diego, one of the leaders of the Sea Hero Quest project, Dr Hugo Spiers, will take the stage at Neuroscience 16 – one of the largest meetings of neuroscientists in the world. He’ll be presenting the data that you’ve helped to collect.

Before the team can delve into the detail of what Sea Hero Quest is delivering, they need to understand who is playing the game, along with who isn’t. Here are some top level statistics: 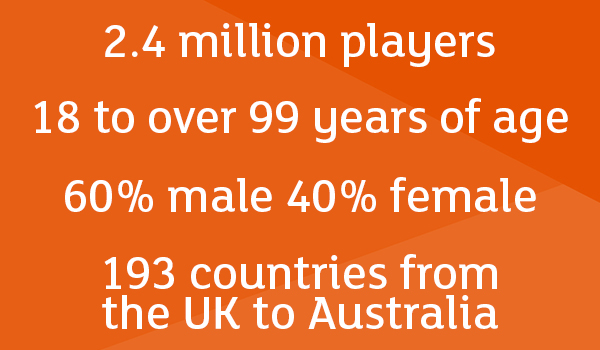 Due to the sheer numbers of players, the findings of this study will be much more statistically robust than any other study like it into human spatial navigation. While more than half of all Sea Hero Quest gamers so far are under 25, a fantastic 50,000 of those playing the game are over 65. To get even more accurate insights into how spatial navigation changes in older age, we still need more over 65s to download and play. This will help to reduce the noise in the sample and give the team an even clearer indication of how spatial navigation changes in later life.

PhD student Will de Cothi has only been analysing the initial data for a couple of months but is already making key discoveries that will inform future dementia research.

One of the levels in Sea Hero Quest asks you to search for a flare gun and fire back to the position where you started. This task gets harder and more complex as you progress through the levels.

These levels test what neuroscientists call ‘path integration ability’ – how well can you draw on information around you to calculate where you are in space relative to where you’ve been. Sailors call this ‘dead reckoning’, although advances in GPS have rendered this skill less important in today’s society.

The team started by looking for patterns in this spatial navigation ability across Sea Hero Quest players, taking into account each person’s natural game-playing ability. What they found has never been shown on this scale before.….. 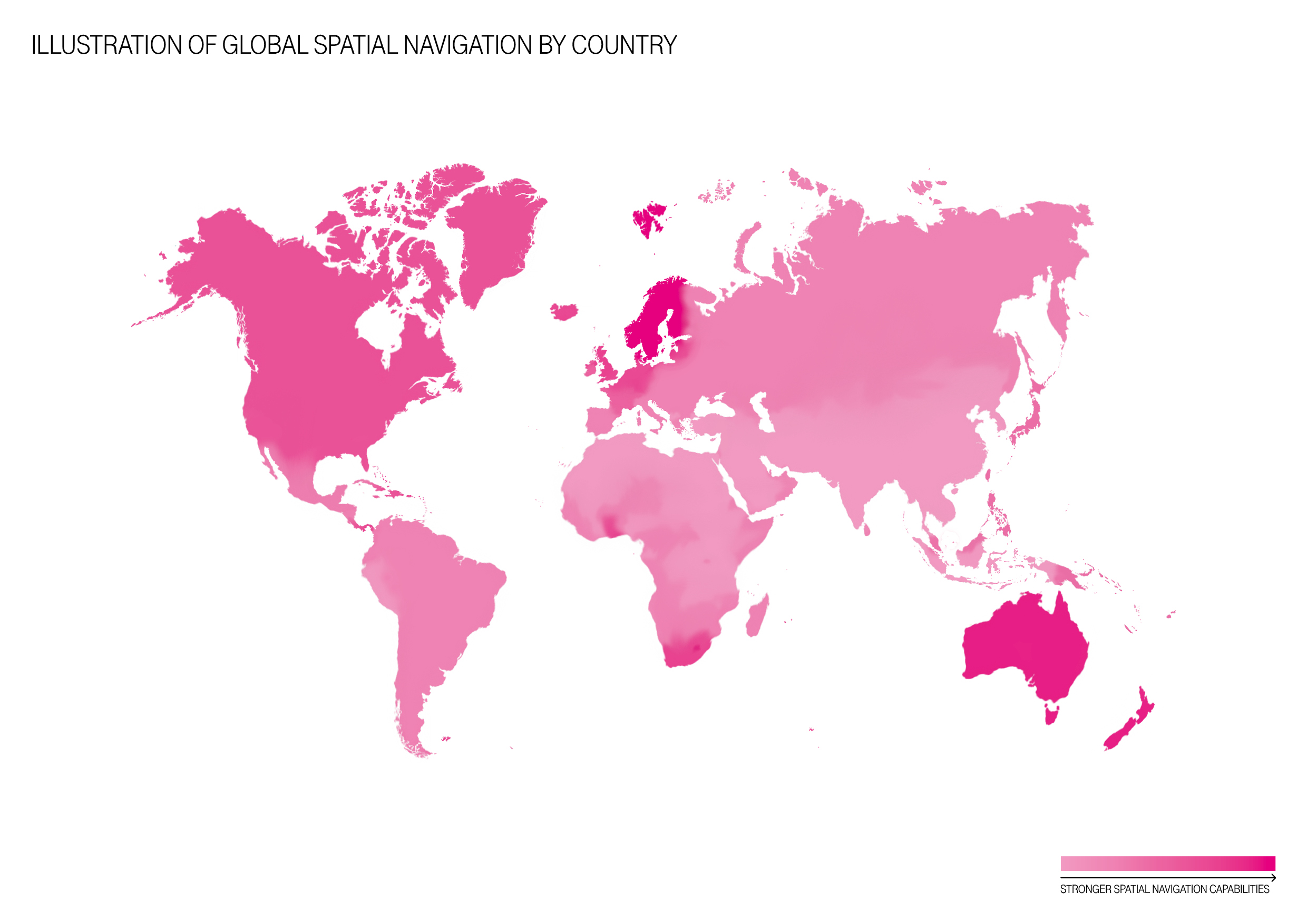 What does this all mean for dementia?

Good question. The ultimate aim of Sea Hero Quest is to build a robust picture of healthy human spatial navigation to provide a much-needed benchmark for studies into how this goes wrong in dementia. Prof Michael Hornberger at UEA is now using Sea Hero Quest in a clincal setting, with people with dementia, looking for key spatial navigation problems early in diseases like Alzheimer’s. The team hopes to use the data to detect subtle changes in spatial navigation ability, benchmarked for age, gender and country. This information could form the basis of a new sensitive diagnostic test for dementia and a potential way to monitor the effects of treatments in future trials.

Today’s announcement is just the tip of the iceberg (no pun intended). The team also needs to start analysing your spatial navigation abilities throughout the different map levels in Sea Hero Quest – to address the questions above but for other important aspects  of human spatial navigation. Your generous donations are now making that possible.

This game, and your support of it, is changing the face of research. We’ll continue to bring you updates on how you’re gaming for good in dementia.

Thank you and keep playing!