OddBalls has partnered with Alzheimer’s Research UK to release a limited-edition range of underwear, in an effort to raise vital funds for the charity.

The eye-catching design of the range, which has options for both men and women, features Alzheimer’s Research UK’s distinctive purple comet logo.

Founded in 2014, OddBalls has quickly become one of the largest underwear brands in the UK, releasing over 300 unique designs since then. The quirky underwear brand has an impressive track record of supporting charitable causes, having raised over £650k for its partners over the last eight years.

The Alzheimer’s Research UK range is now available for purchase on the OddBalls online store, with £1 from every pair of underwear sold helping support life-changing dementia research.

Almost one million people in the UK are living with dementia and over half of people in the UK know someone affected by the condition. There are currently no treatments available in the UK to slow, stop or prevent the diseases, such as Alzheimer’s, that cause dementia. But recent clinical trial successes – notably of Alzheimer’s drug, lecanemab – have shown such treatments are within reach, proving that it’s never been more important to keep research moving forward for people living with dementia and future generations to come.

To raise further funds for the UK’s leading dementia research charity, an exciting range of themed bobble hats is also planned for release over the Christmas period. 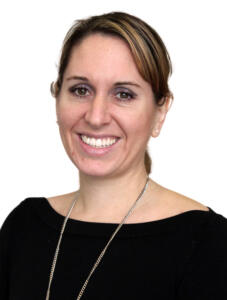 “We’re so pleased that OddBalls is supporting Alzheimer’s Research UK with this exciting underwear range. We absolutely love the designs, and we feel this is a fantastic way for people to support our vital cause. Too many of us have experienced the devastation of dementia, but thanks to the efforts of our incredible partners and supporters, we’re funding research that is bringing life-changing treatments ever closer for people living with the condition.

“Thank you to everyone at OddBalls for your support – every penny raised helps us bring about a world free from the fear, harm and heartbreak of dementia.”

William Cooper, Managing Director at OddBalls, said:
“We’re delighted to be able to support Alzheimer’s Research UK – an absolutely brilliant cause doing essential work. It will be amazing to see their supporters out and about, wearing the products and raising awareness for them too. We can’t wait to see what else this collaboration has in store.”

The collection is available to browse now, buy from 7:30pm, Tuesday 25 October: https://www.myoddballs.com/collections/alzheimers-research