Top scientists will gather in Brighton this week as the UK’s leading dementia research charity brings its annual Research Conference to the city. It is set to be the first time so many dementia experts have come together face-to-face since 2019. Nearly 600 researchers will attend the hybrid event, with the majority of those attending in person at the Brighton Centre over the course of three days.

The conference also sees Alzheimer’s Research UK Ambassador, Scott Mitchell – husband of the late Dame Barbara Windsor – address delegates, talking about the importance of their research for all those affected by dementia.

The Alzheimer’s Research UK Research Conference gives experts the chance to share the latest findings on all forms of dementia. One in three people born today will develop the condition in their lifetime unless researchers find new treatments or preventions. There are already nearly one million people living with the condition in the whole of the UK.

It’s the first time a large-scale dementia research conference has gone ahead since the European Medicines Agency, rejected the potential Alzheimer’s disease drug, Aduhelm for use.

Researchers will now get a chance to share the latest alternative treatment options being studied, and their progress on projects. Talks will also covering the latest developments in diagnosis techniques – blood tests, brain scans and wearable technology as well as the latest in preventative research.

“Holding our annual Research Conference again in person this year marks a key moment for dementia research as the country begins to emerge from the pandemic. While dementia research has made real progress over the last decade, COVID-19 had a devastating impact, not only on people with dementia, their families and carers, but also severely disrupting research. I’m delighted to be able to welcome researchers across the country to share the progress that’s been made in spite of this disruption. With world-leading initiatives making important discoveries here in the UK, this conference can bring people together and accelerate breakthroughs.” 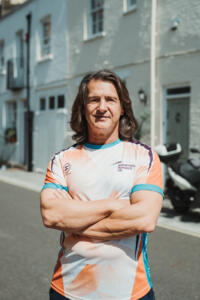 “It’s a privilege to attend the Alzheimer’s Research UK Research Conference as an Ambassador for the charity and welcome fantastic minds from around the world to Brighton and share my story with all those attending.

“Since Barbara passed, I’ve wanted to continue her incredible legacy and that’s because I truly believe research gives us hope. Dementia research is a priority, and the work Alzheimer’s Research UK does to fund research is vitally important – but this is an issue that needs to be on the government’s agenda, too. It was 2019 when the government first promised to double dementia research funding to £160m a year, and over a year since the charity launched a petition calling for them to honour their pledge. As I stand here today, that still hasn’t been fulfilled. By boosting funds and giving scientists the backing they need, they will make breakthroughs possible.”

The increasingly hot topic of how gut health can affect dementia risk will also be discussed as will the links between psychiatric diseases and dementia.

Prof Wendy Noble, Programme Chair of the South Coast Conference in Brighton, said:
“Organising this conference in Brighton has been extremely rewarding, particularly as it’s the first large event we have been able to hold for the dementia research community in over two years. The speakers we have reflect the broad scope of promising dementia research going on in the UK right now, which with the right investment could lead the world in the search for life-changing trea