Until now, it has been unclear whether it might be possible to detect changes in brain function before the onset of dementia symptoms.

In new research published in Alzheimer’s & Dementia: The Journal of the Alzheimer’s Association, researchers at the University of Cambridge have found brain impairment in several areas, such as problem solving and number recall, across a range of dementia-related diseases years before symptoms are generally noticeable and a formal diagnosis is made.

The findings raise the possibility that in the future, at-risk patients could be screened to help select those who would benefit from interventions to reduce their risk of developing one of the conditions, or to help identify patients suitable for recruitment to clinical trials for new treatments.

Dr Nol Swaddiwudhipong, a Junior Doctor at the University of Cambridge, said:
“When we looked back at patients’ histories, it became clear that they were showing some cognitive impairment several years before their symptoms became obvious enough to prompt a diagnosis. The impairments were often subtle, but across a number of aspects of cognition.

“This is a step towards us being able to screen people who are at greatest risk – for example, people over 50 or those who have high blood pressure or do not do enough exercise – and intervene at an earlier stage to help them reduce their risk.” 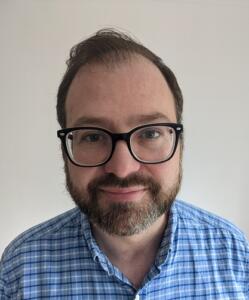 “It is increasingly clear that the best chance to affect the course of the diseases which cause dementia lies in intervening at their earliest stages. Health services don’t routinely offer the tests needed to detect changes in brain function that happen before symptoms are noticeable, like those alluded to in this study. In fact, the NHS is currently unable to guarantee early and accurate diagnosis for people living with dementia – more than a third of people over 65 living with dementia go undiagnosed.

“It’s now more important than ever that NHS services reflect our growing understanding of the importance of detection and early diagnosis. This means investing in diagnostic infrastructure, piloting the use of new detection technologies like that being developed as part of the Early Detection of Neurodegenerative Diseases (EDoN) initiative, and promoting greater connectivity between primary care, memory services and hospital trusts. We must ensure that people with dementia don’t fall through the cracks at a time when treatment or risk-reduction interventions are most likely to be effective.

“With a new 10-year plan expected from Government imminently, set against the backdrop of wider health system reform and ongoing pandemic recovery efforts, now is the time to future proof the NHS and make radical improvements to how dementia is detected and diagnosed in the UK.”