Understanding more about the role of proteins in frontotemporal dementia

Understanding more about how the TDP-43 protein goes wrong during frontotemporal dementia remains a key aim for researchers. With a better understanding of this disease process, scientists will be in a much better place to design drugs that help protect the brain.

Frontotemporal dementia (FTD) is a relatively rare form of dementia and is thought to account for fewer than one in 20 of all dementia cases.

During the disease proteins called tau and TDP-43 can clump together and become toxic to brain cells, causing them to die.

Researchers led by Dr Jemeen Sreedharan at King’s College London will investigate how during disease TDP-43 impacts the tau protein.

Understanding more about how TDP-43 and tau go wrong in disease, is a key aim for researchers. With a better understanding of the disease process, scientists are in a much better place to design drugs that help protect the brain.

First, the team will generate mice with features of FTD to look at pathways in the brain associated with the disease.

The team will use extensive imaging techniques to look in detail at the of brains of mice with features of FTD and is susceptible to damage.

They will then generate antibodies to look at the tau protein present in the mice brain more closely. The researchers will then match up this information with the brain scan data to get a better idea of how tau builds up in a brain affected by TDP-43.

The scientists will compare results with findings from human tissue donated by people who had FTD. 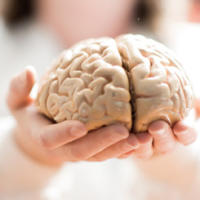 What role does the tau protein play in dementia?