Dr Liddelow, who is based at the Neuroscience Institute at the Department of Neuroscience and Physiology at NYU Langone in New York City, will present his research at the Alzheimer’s Research UK 2020 Conference. The conference takes place at the International Convention Centre in Wales on the 17-18 March.

Dr Liddelow’s research addresses the underlying causes of diseases that cause dementia and is exploring new frontiers in dementia research.

Dr Liddelow’s graduate work in his native Australia focused on the protective barriers of the brain during early development. After moving to the US to work in the late Stanford Professor Ben Barres’ lab, he began to focus on the role of brain cells called astrocytes.

As an academic founder of AstronauTx, a spin-out company from Alzheimer’s Research UK’s UCL Drug Discovery Institute, he will support work on therapies aiming to treat dementias by targeting the brain’s star-shaped support cells, astrocytes.

Dr Liddelow won the Grundke-Iqbal Award for the most impactful study in dementia research in 2019.  He now hopes the David Hague award will spark international interest in his work, which he will present at the Alzheimer’s Research UK Conference on the 17 March 2020.

Dementia researchers from all over the world can still register to attend the conference at https://alzres.uk/conf-2020

“It’s an honour to receive this award. I’m very excited to be heading to the UK to speak at the Alzheimer’s Research UK Conference in Wales.

“Although this is a personal prize it reflects a lot of hard work put in by many people. I’m indebted to my lab and my mentors. I hope I can inspire early career researchers in the same way some of the great researchers I’ve worked with have helped me.” 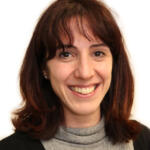 “Dr Liddelow is a fantastic early career researcher with a bright future ahead of him. Throughout Dr Liddelow’s career he’s continued to develop his skills required to investigate the complex biology behind diseases like Alzheimer’s and explore new avenues. He is now globally renowned for his work on astrocytes and inflammation during Alzheimer’s disease and is at the forefront of research into key players of the brain’s immune system.
“We are delighted to present his award at the Alzheimer’s Research UK Conference, and even more excited that he is collaborating with AstronauTx. This new spin-out drug discovery company from Alzheimer’s Research UK’s UCL Drug Discovery Institute will help boost efforts to find a much-needed drug for people living with dementia.”