In November, Nicholas Lyons, Director at London-based specialty insurer, Convex, will become the new Lord Mayor of London. To celebrate his appointment at the annual Lord Mayor’s Show on 12 November, Convex has donated a float to its charity partner, Alzheimer’s Research UK.

Convex has collaborated with the UK’s leading dementia research charity to prepare a 40ft float, which highlights the importance of the cause. The design features photographs of people and their loved ones who have been affected by dementia, highlighting the human impact of the condition, but also a giant microscope, a spinning brain, and rocking lab flasks, to highlight the incredible progress researchers are making against the diseases that cause it.

Almost one million people in the UK and living with dementia and over half of people in the UK know someone affected by the condition. There are no treatments yet available in the UK to slow, stop or prevent the diseases, like Alzheimer’s, that cause dementia. But last month’s news about the successful results of the Alzheimer’s drug, lecanemab, in phase 3 clinical trials, shows that, with treatments on the horizon, it’s never been more important to keep research moving forward.

Among the handful of guests on the back of the float will include Simon Gibson, a supporter of dementia with personal experience, and Prof Selina Wray, a dementia researcher at UCL, funded by Alzheimer’s Research UK. 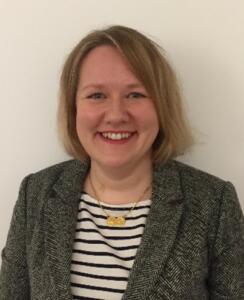 “Dementia research has made incredible progress, with recent news of lecanemab, making history by being the first drug to not only clear amyloid from the brain but also slow down patients’ decline in memory and thinking, and improve day-to-day activities. But our work is far from over. There’s a long road ahead before treatments are in reach for people who need them. We need to continue to support dementia research if we’re to deliver new treatments and find a cure. I feel very lucky to be able to represent Alzheimer’s Research UK at the Lord Mayor of London’s Show at such an exciting time for dementia research.”

Simon Gibson, whose father lived with Alzheimer’s disease for more than 11 years, is a passionate supporter of Alzheimer’s Research UK, said:

“I am delighted to be taking part in the Lord Mayor’s Parade to raise awareness of Alzheimer’s Research UK and the work that the charity does. I’ve seen first-hand the devastating impact of dementia on families like mine, and so awareness alongside fundraising is key to making breakthroughs possible” 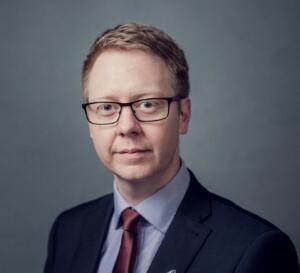 “Dementia is the biggest health challenge we now face. Unless we act, one in three people born today will develop dementia in their lifetime. But having the backing of our supporters and organisations, like Convex, will help us to raise much-needed funds and awareness of the need to find life-changing treatments.

“We’re incredibly thankful to Convex for entering Alzheimer’s Research UK into the parade, at zero-cost to the charity. We’ve never been a part of a parade of this scale, and we’re so excited to bring together some of our hardworking supporters, researchers, and colleagues to a spectacular event. We hope this exciting opportunity will help gain more support for dementia research, so that one day we will end the heartbreak of dementia.”