Leading dementia researcher, Prof John Hardy, has been awarded a knighthood in 2022 New Year Honours. The award recognises Prof Hardy’s contribution to improving the understanding of dementia and other neurodegenerative diseases.

Prof Hardy is a leading geneticist, and long-standing ambassador for Alzheimer’s Research UK. His career, which spans over four decades, has been committed to improving the lives of people with dementia through unpicking the complex biology of what causes diseases like Alzheimer’s.

He was one of the first scientists to work together with families who were experiencing the devastation of inherited Alzheimer’s, frontotemporal dementia and Parkinson’s disease to identify the genetic ‘faults’ causing their disease. His dedication to helping these families make sense of the generations of heartbreak they were experiencing led to one of the biggest genetic Alzheimer’s discoveries to date.

Prof Hardy and his team discovered that a gene called APP was faulty in some families with rare inherited forms of young-onset Alzheimer’s disease. APP is responsible for making a protein called amyloid. This discovery led Prof Hardy and colleagues to propose the ‘amyloid cascade hypothesis’ in 1992 – making a case that the amyloid protein was central to the damage happening in the brain in all cases of Alzheimer’s.

In the years since, our understanding of Alzheimer’s biology has developed into an ever-more complex picture. However, this landmark discovery paved the way for many of the drugs in clinical trials today, including anti-amyloid Alzheimer’s drug aducanumab, approved in the US last summer.

Prof Hardy has continued to dedicate his work to revealing genetic clues to the biology of neurodegenerative diseases. His team is now pioneering work to use this genetic information to better understand how cells and tissues work in health and disease.

The discovery of the TREM2 Alzheimer’s risk gene, funded by Alzheimer’s Research UK under his leadership, has again set the direction of global research into the role of the immune system in Alzheimer’s. This discovery has already led to potential new treatments in clinical trials today.

In addition to Prof Hardy’s incredible scientific achievements, he continues to be a vocal advocate for dementia research, committed mentor to early career scientists, and valued ambassador for Alzheimer’s Research UK.

Prof Hardy is currently Chair of Molecular Biology of Neurological Disease at the UCL Institute of Neurology, a group leader at the UK Dementia Research Institute and a Fellow of the Royal Society. 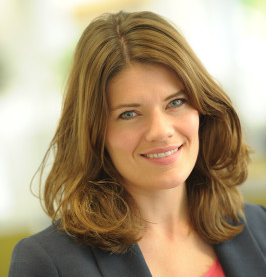 “We are absolutely delighted that Prof Hardy’s contribution to dementia research has been recognised in this way. The landmark genetic discoveries made under his leadership have no doubt transformed research into diseases like Alzheimer’s across the world. These incredible advances in genetic research are making global neurodegenerative research efforts faster, more informed and more effective.

“His personal dedication to his team and students, to those who work alongside him, and to all those families who have contributed to his research make this honour even more fitting.

“Alzheimer’s Research UK is proud to have supported so much of Prof Hardy’s pioneering work and we are grateful for the support he’s given to the charity since our work began.”

You can hear Prof Hardy talk more about his career on the Video Journal of Biomedicine here.