Researchers in the US have found that keeping up reading, writing and playing games in later life could delay the onset of dementia by up to five years. The scientific journal Neurology published the findings today (Wednesday July 14).

The Chicago based team asked study volunteers about their activities in 7 questions. The questions were:

The researchers then studied to see which research volunteers went on to develop dementia. 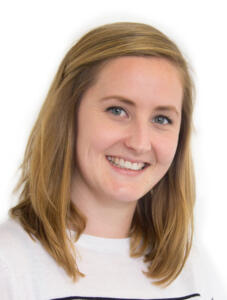 Dr Katy Stubbs from Alzheimer’s Research UK said:
“Dementia isn’t an inevitable part of ageing and evidence suggests that keeping the brain active throughout life may help boost cognitive reserve, a kind of resilience that allows our brains to resist damage for longer as we age.

“This research supports the established ‘use it or lose it’ idea, and results suggest that keeping the brain active could help delay the onset of dementia. However, the research relied on study volunteers reporting their own activity levels at the start of the study and this isn’t always a reliable way of establishing people’s real behaviour. The participants were predominantly white and well-educated, and further studies will need to explore whether this relationship is true for other, more diverse populations.

“Research shows 40% of dementia risk may be within our power to change, with evidence suggesting that eating a balanced diet, staying physically and mentally active, keeping blood pressure and cholesterol in check and not smoking are all ways to keep our brains healthy. It’s never too early to start thinking about your brain health but research suggests that making positive changes in your forties and fifties may be particularly important.”

Read the scientific article here in Neurology, the medical journal of the American Academy of Neurology.

Our Dementia Research Infoline team are here to answer any questions you have about the link between activity levels and dementia. Give us a call on 0300 111 5 111 between 9.00-5.00pm Monday to Friday.

US research finds reading, writing & playing games in later life could delay the onset of dementia by up to 5 years. This supports evidence that keeping the brain active throughout life may help boost resilience to resist damage… Click To Tweet