Is there an association between dementia diagnosis and a higher risk of suicide?

The risk of someone taking their own life is almost seven times higher after diagnosis of young onset dementia, a new study published in Jama Neurology suggests.

The study, which was conducted in England, looked at electronic records from primary care, secondary care, and the Office for National Statistics from January 1, 2001, through December 31, 2019.

Early recognition and a timely accurate diagnosis of dementia, combined with specialist support, were identified as important factors in reducing the distress caused by a diagnosis of young onset dementia. 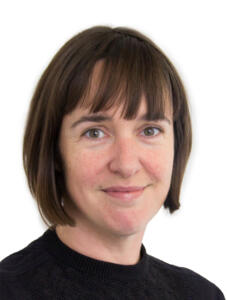 “While this study paints a mixed picture about the impact of dementia and suicide risk, it’s worrying to see that those under 65 living with a dementia diagnosis are at an increased risk of suicide.

“As dementia is often associated with older people, there is a profound level of stigma attached to young onset dementia, and the process of getting a diagnosis can be frustrating and incredibly isolating. Many services tend to be geared towards people aged 65 years and over, meaning it can be very difficult for younger people and their families to access a timely diagnosis and appropriate support. This, when combined with the fact that there are no treatments available in the UK that can slow or stop the progression of the underlying diseases that cause dementia, can be devastating to bear.

“Findings like this underpin the need for vital progress in developing new treatments, something that all of us working in dementia research are desperate to see. At Alzheimer’s Research UK, we sincerely hope that developments like the recent discovery that an Alzheimer’s drug, lecanemab, showed a small but clear effect on memory decline, means we will soon enter a new era where we have the means to make a real difference to people affected by this cruel disease, including those living with young onset dementia.”