Former CEO of SSP Group and WHSmith Kate Swann has been announced as the new Chair of Alzheimer’s Research UK – with the business leader vowing to help lead the search for cures for dementia after witnessing first-hand the devastation the condition causes.

Kate will become a Trustee of the charity from 1 October 2022, before stepping into the voluntary role of Chair on 1 February 2023. She will be taking the helm from David Mayhew CBE, Vice Chairman of J.P. Morgan’s global investment bank, who has been in post since 2012. David will become Alzheimer’s Research UK’s Vice President when he officially hands over the role of Chair to Kate next year.

Kate brings a wealth of experience to the charity, having held many prestigious board and executive roles throughout her distinguished career. She was one of the first FTSE female CEOs and is currently the Chair of Beijer Ref, Moonpig, IVC Evidensia and Parques Reunidos.

Kate was motivated to take on this role at Alzheimer’s Research UK after seeing the impact of dementia on her mum, who died with frontotemporal dementia.

There are almost one million people in the UK today living with dementia, yet there are no treatments to slow, stop or prevent the diseases, most commonly Alzheimer’s, which cause it. Alzheimer’s Research UK is the UK’s leading dementia research charity, dedicated to bringing about life-changing preventions and treatments.

This World Alzheimer’s Month, the charity is calling on the new Prime Minister, Liz Truss, to ensure the government’s promise to double dementia research funding to £160m a year by 2024 is realised. Alzheimer’s Research UK has laid out a five-point plan for government, to help speed up the delivery of life-changing treatments people desperately need. 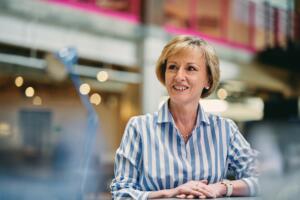 “I take on roles where I can make a difference and I can’t imagine making a bigger difference to people’s lives than helping to find cures for dementia. So, it’s an honour to become the next Chair of Alzheimer’s Research UK.

“My mum was a force of nature, the matriarch of our family – but dementia took all of that away from her and from us. My mum would have been mortified if she had known what was happening, and for us as a family, it was truly heartbreaking to witness.

“Not only does dementia devastate lives, but it is also destroying our economy. By 2030, dementia will cost the UK economy £30 billion a year – making it the most expensive health condition in the UK. Just looking at the maths alone, we simply cannot continue down this path. That’s why I’m backing Alzheimer’s Research UK’s calls and urging our new Prime Minister, Liz Truss, to stand with everyone affected by dementia and deliver on the government’s promise to double funding for dementia research. We must speed up the search for life-changing treatments.”

David Mayhew, who will become the charity’s Vice President next year, said: 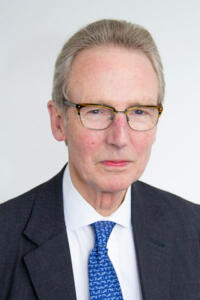 “It has been a privilege to be the Chair of Alzheimer’s Research UK for the past decade and I’m honoured to continue supporting the charity as Vice President. Since I became Chair, I’ve been excited at the incredible progress that’s been happening in dementia research and the huge role Alzheimer’s Research UK is playing in helping to bring about the life-changing treatments so many people need.

“I’m pleased to be handing over the baton to Kate, who I know will bring so much valuable experience to the role of Chair at Alzheimer’s Research UK and will ensure progress in dementia research continues at pace.”

“I’m delighted to welcome Kate Swann to Alzheimer’s Research UK, we are incredibly fortunate to have her as our next Chair. Kate’s wealth of experience in the business sector, paired with her personal determination to bring an end to the heartbreak of dementia, will bring us closer to transforming the lives of everyone affected by dementia.

“I’d also like to thank David Mayhew for his contribution to Alzheimer’s Research UK, and the dementia research field as a whole, in his role as our Chair. We’re thrilled that he will be moving into the role of Vice President, working closely with Kate and our President David Cameron, to ensure people affected by dementia get the treatments they need and deserve as quickly as possible.

“We are at a critical point in dementia research, we are on the cusp of making some of the biggest breakthroughs in medical history, but we’re not there yet. Now is not the time to slow the breaks, we must push even harder than ever before to find a cure for dementia.”