“Every time I hoist a sail, I remember my dad.” Son to sail his dad’s handcrafted boat backwards as a symbol of his journey with dementia

At six years old, Matthew Thomas was taught how to sail by his father, Eric, in a boat he had built in his garage back in 1971. What started out as a hobby turned into a lifelong passion for Matthew, 52, who is the Chief Instructor at Otley Sailing Club – a passion he shared with his dad for many years. 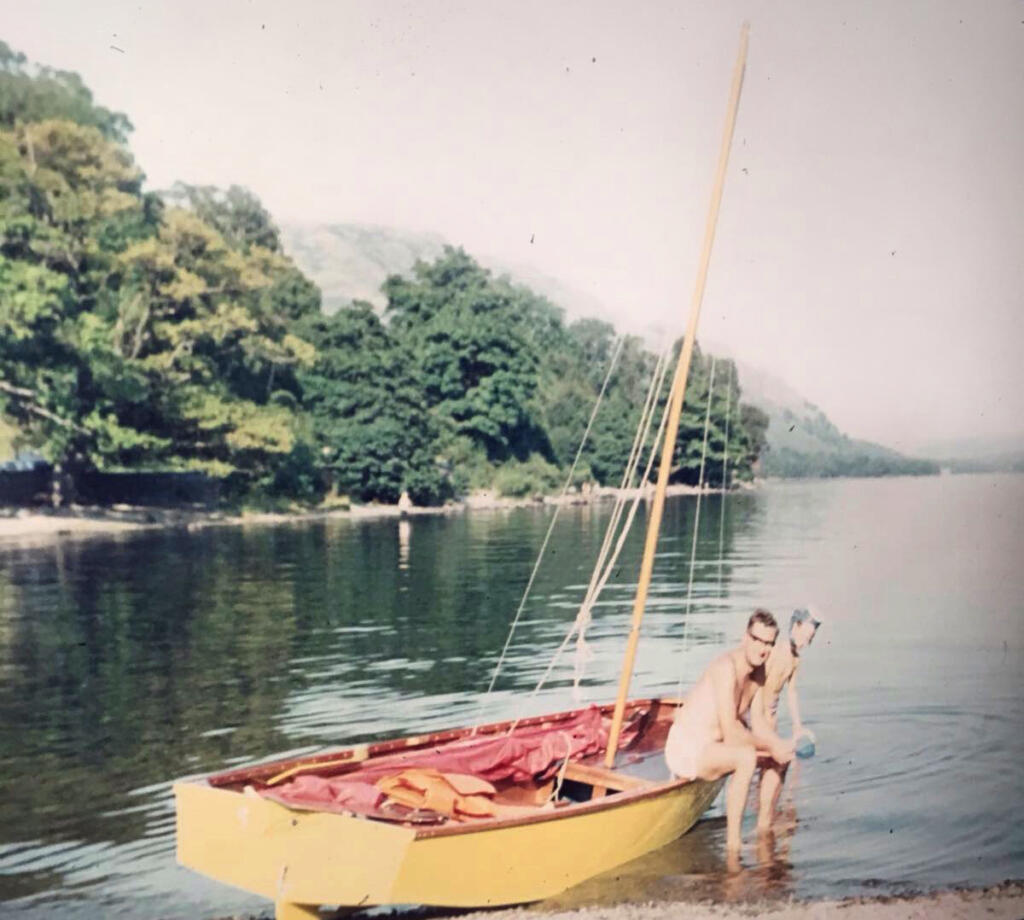 Matthew Thomas with his dad Eric

It was 35 years after Matthew’s dad had first handcrafted the mirror dingy, that he was diagnosed with dementia. What followed was a five-year battle with the devastating condition, where Eric was stripped of his independence and became unrecognisable to those who loved him, before he died aged 84.

Inspired by their shared love for the sport, Matthew is now challenging himself to sail backwards for two hours on his dad’s beloved boat. This is a way of mirroring the heartbreak caused by dementia and to also raise vital funds for Alzheimer’s Research UK, the UK’s leading dementia research charity. 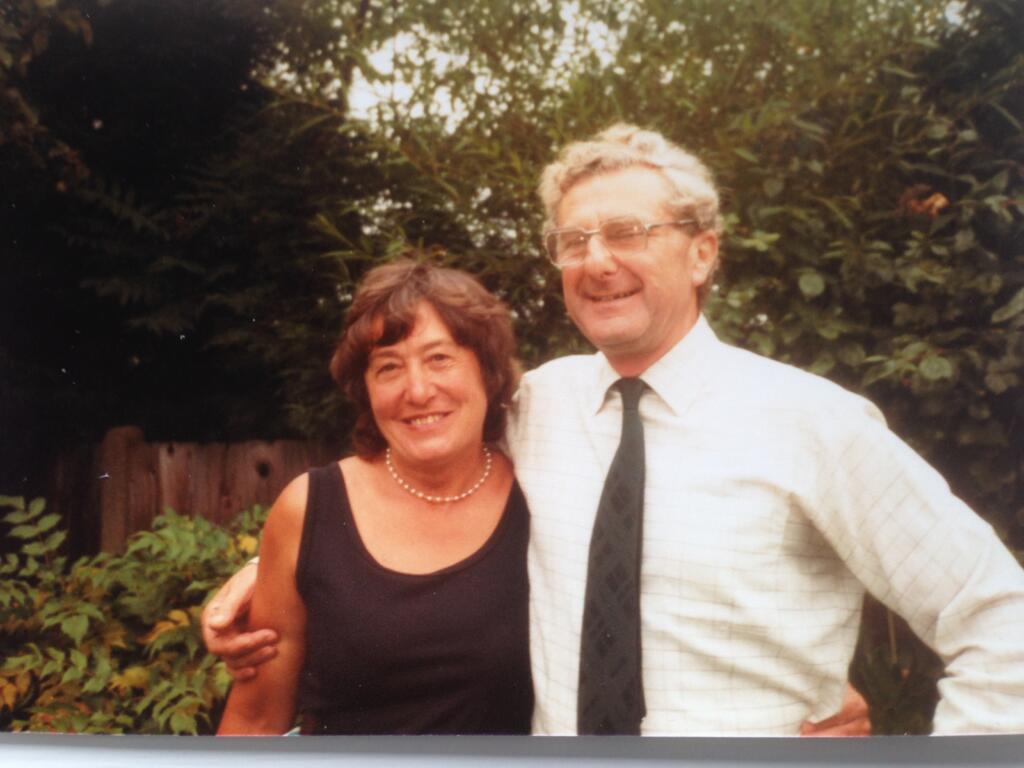 What makes this even more poignant is that Matthew’s mum, Margaret, is now living with Alzheimer’s. While her symptoms are not in the severe stages yet, Matthew knows only too well what is to come.

The father-of-two, from Otley, said:

“I didn’t know anything about dementia before my dad was diagnosed, but what I experienced was harrowing. He was always a very gentle man, but his symptoms made him become violent and he would lash out at people who tried to help. It was horrible to see someone I looked up to, who picked me up when I fell and who taught me so much, having to be cared for like a small child in the end.

“This is why I decided to challenge myself to sail backwards, as a way of highlighting what happens when somebody develops dementia. It’s like their mind is working backwards. I also wanted to do something relevant to us – every time I hoist a sail, I remember my dad, and it means a lot to be able to do this in the boat he built.” 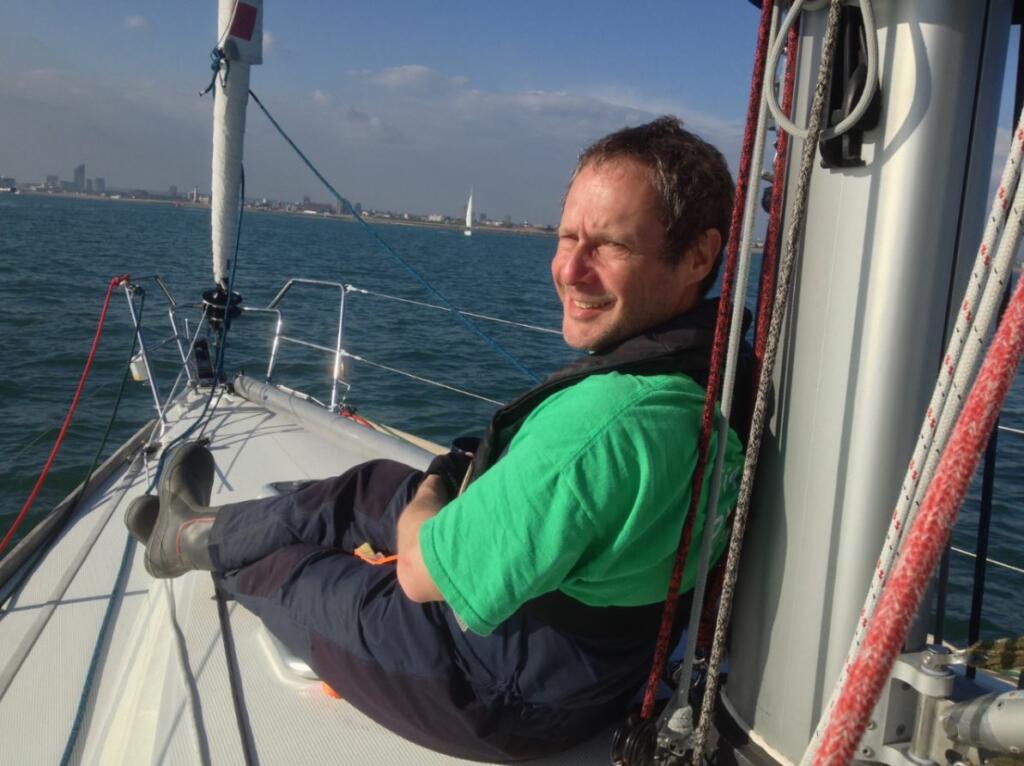 Matthew will be sailing around a 140-metre course at Otley Sailing Club, on Saturday 26 August. The idea for the length of the course came from what happens during dementia, when diseases, like Alzheimer’s, attack the brain and cause nerve cells to die. A brain with Alzheimer’s disease weighs 140g less than that of a healthy brain. The symptoms worsen over time as damage to the brain becomes more widespread, and by the latter stages physical functions such as walking, talking and even swallowing can be affected.

On the day, Matthew, who is Production Engineer at NG Bailey, will be joined by one of his colleagues. Employees at NG Bailey voted for Alzheimer’s Research UK to become this year’s charity partner, and Matthew has been one of the firm’s strongest ambassadors for the cause. Fundraising efforts from the day will be added to the total raised by NG Bailey, which will be used to help Alzheimer’s Research UK to bring about a life-changing treatment for dementia by 2025.

“It’s a really great charity and one I’m glad we are supporting at NG Bailey. There are now so many people affected by dementia – I’m sure everybody has some kind of connection – so we must do everything we can to defeat it.”

“Matthew’s story is a very real reminder of the devastation caused by dementia to so many – it’s a cruel and unforgiving condition, which can tear families apart. We’re really honoured that Matthew is embarking on this fundraiser for Alzheimer’s Research UK. Not only is he raising crucial funds for our cause, but he’s also raising awareness of dementia and challenging the misconceptions.

“There are currently 850,000 people in the UK living with dementia, but we are unable to offer families like Matthew’s a life-changing treatment. But through the power of research, and from the support of people like Matthew, we know we can defeat dementia. We wish him the best of luck for the day and hope he gets some wind to help him along!”

To donate to Matthew’s cause, please visit his fundraising page, https://ngbailey.everydayhero.com/uk/matt