Today (Wednesday 11 August) researchers in South Korea have suggested that patients with Alzheimer’s disease taking a class of drugs known as gliptins have lower levels of the hallmark Alzheimer’s protein, amyloid, in their brains. They also had better scores on memory and thinking tests years after the beginning of the study compared to those not on the drug or those who didn’t have diabetes. The scientific journal, Neurology, published the results.

The researchers looked at people with and without type 2 diabetes. They all had problems with memory and thinking. And all had a build-up of the hallmark Alzheimer’s protein, amyloid in their brains, confirmed through a positive brain scan.

The researchers then looked at three groups of people:

What drugs did they look at?

These drugs – DPP-4 inhibitors – are taken orally, and help the body maintain insulin levels. They are commonly available on the NHS and usually prescribed for people with type 2 diabetes. 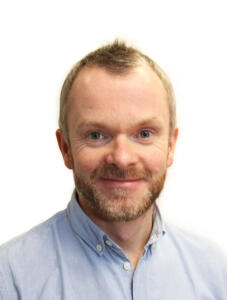 Dr James Connell, Head of Translational Science at Alzheimer’s Research UK, said:
“Dementia is the greatest medical challenge of our generation. Nearly one million people in the UK have dementia, and we need to explore all possible treatment approaches to tackle the diseases that cause it.

“In this study, researchers looked at a relatively small number of people with and without type 2 diabetes taking drugs to help control blood glucose levels. While the study found a link between DPP-4 treatment, lower levels of the hallmark protein amyloid in the brain and slower memory and thinking decline, it only shows an association and not a causal relationship.

“Taking existing medications approved for use in certain conditions and exploring whether they may have benefit for people with dementia is an active area of research. The benefits of re-purposing drugs often mean a potential treatment may be cheaper and approved for use in people already.

“Diabetes is an important risk factor for Alzheimer’s disease, but we don’t yet fully understand how the two diseases are linked. Alzheimer’s Research UK scientists are also exploring other potential diabetes drugs and whether they could have benefit for those with dementia. Ultimately, we’ll need to see the results of these studies and of large-scale clinical trials to fully understand whether this approach could be beneficial.

“Anyone with any questions about what treatments they are receiving should speak to their doctor.”

Research from South Korea suggests that patients with Alzheimer’s taking a class of drugs called gliptins have lower levels of the hallmark Alzheimer’s protein in their brains. They also had better scores on memory and thinking tests… Click To Tweet