Cost of dementia for hospitals in England doubles in a decade

Dementia is having a crippling effect on the NHS and government must act now, says Alzheimer’s Research UK, as the charity reveals the cost of the condition on hospitals across England has doubled over the past decade, with 90% of these costs coming from emergency admissions. The figures reveal major pressures on the hospital system even before the impact of COVID-19 – and the charity argues that without life-changing dementia treatments, these pressures will continue to grow.

The UK’s leading dementia research charity has highlighted the impact of dementia on hospitals with a new interactive tool. Alzheimer’s Research UK hopes the new tool will put a spotlight on the desperate need for more research into the condition, to bring about life-changing treatments sooner and protect people from the distress of unnecessary hospital stays.

The figures show that dementia continues to have huge implications for the NHS, with the addition of COVID-19 exacerbating existing challenges for the health service, people living with dementia and their families. According to the Office of National Statistics (ONS); dementia was the most common main pre-existing medical condition among COVID-19 deaths between March and June this year, with a quarter of all COVID-19 deaths linked to dementia during this period. With national attention focused on the need to protect the hospital system, Alzheimer’s Research UK argues that the government needs a renewed focus on addressing the pressures from dementia including more investment in dementia research to find new treatments for the condition.

To create the tool, Alzheimer’s Research UK commissioned a healthcare intelligence agency to provide Hospital Episode Statistic (HES) data for people aged over 65 with dementia and those without. The charity’s analysis has revealed:

Alzheimer’s Research UK’s data dashboard gives people the opportunity to see the impact of dementia on the Clinical Commissioning Groups (CCGs) where they live. It offers insights into people’s hospital experiences, including the number of times people have been admitted and how long they spent in hospital.

The number of people living with dementia is expected to rise to 1m in just three years, the same year that dementia is projected to cost our economy £30bn. The charity hopes its findings will prompt government to deliver on its pledge to double dementia research funding, to save the NHS from the pressures caused by the lack of life-changing treatments for the condition. 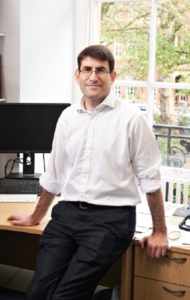 “The cost of dementia on the UK hospital system is increasing at an alarming rate. These latest findings show the effect that the rising tide of dementia was having on our NHS even before the huge additional pressures associated with the current pandemic. Hospital stays are not just costly but have profound impacts on individuals with dementia and their loved ones, and are associated with a higher risk of death. It is therefore vital that we do everything possible to keep people healthy and out of hospital when at all possible.

There are currently no treatments that have been proven to alter the course of the major forms of dementia. Now more than ever we need to invest in research which is the only way we will make the breakthroughs we so desperately need. COVID-19 is having a catastrophic impact on dementia research, and critical progress is at stake if we don’t invest now. Government must deliver on its promise to double dementia research funding to over £160m a year, so we can bring about the life-changing treatments we desperately need both to protect our hospitals and those affected by dementia.”

Alzheimer’s Research UK Champion Shaheen Larrieux has experience of both her parents being admitted to hospital with dementia and believes treatments may have alleviated, if not prevented those admissions. 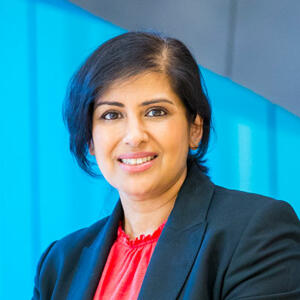 She said: “Both my mum and dad have been admitted to hospital while living with dementia and it was a traumatic experience for me and them. My mum has a rare form of dementia, which has impacted her ability to communicate. This consequently led to her hospital treatment being delayed on one occasion as her abdominal pain was mistaken for a symptom of her dementia and she ended up in intensive care with a ruptured gall bladder. On other occasions mum would end up in A&E with UTI infections, which in turn leads to problems with balance and increased her risk of falls.

“If we had treatments for dementia these kinds of admissions wouldn’t necessarily happen as problems wouldn’t escalate and other medical problems may be treated sooner before they become life threatening.”

To explore Alzheimer’s Research UK’s new interactive tool in more detail, and to find out the impact of dementia in regions across the UK, please visit:

Support Alzheimer’s Research UK’s call on government to double funding in dementia research by writing to your MP. Use the charity’s easy template letter here.