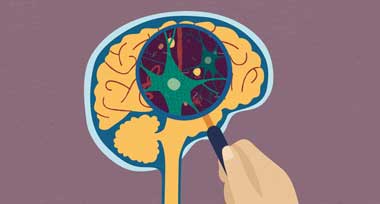 A UK team of researchers including scientists from the UK Dementia Research Institute have revealed that the tau protein is increased in people who have a traumatic brain injury (TBI). The findings are published today (Wednesday 4 September) in the journal Science Translational Medicine.

Traumatic brain injury occurs when the brain is physically damaged, for example after a car crash or fall.

Dr Carol Routledge, Director of Research at Alzheimer’s Research UK said:
“We know that traumatic brain injuries are associated with an increased risk of dementia, but we don’t fully understand how they could set dementia-causing processes into motion.

“In this small, early-stage study, researchers used sophisticated PET scans to look for brain changes in people who had sustained a TBI at least 18 years earlier. This technique revealed that people with TBI had higher levels of the tau protein in the brain compared to healthy volunteers.

“Tau is involved in multiple diseases that cause dementia and it’s crucial that we understand more about how it accumulates and spreads through the brain. It may be that this type of PET scan could help to predict which people with a TBI might go on to develop dementia, but this would have to be explored in further research.

“Understanding the long-term consequences of a head injury and the changes that lead to an increased risk of dementia, will help researchers working to find ways to protect the brain from damage.”

While there is a strong link between traumatic brain injury (TBI) and dementia, more research is needed to understand this link.