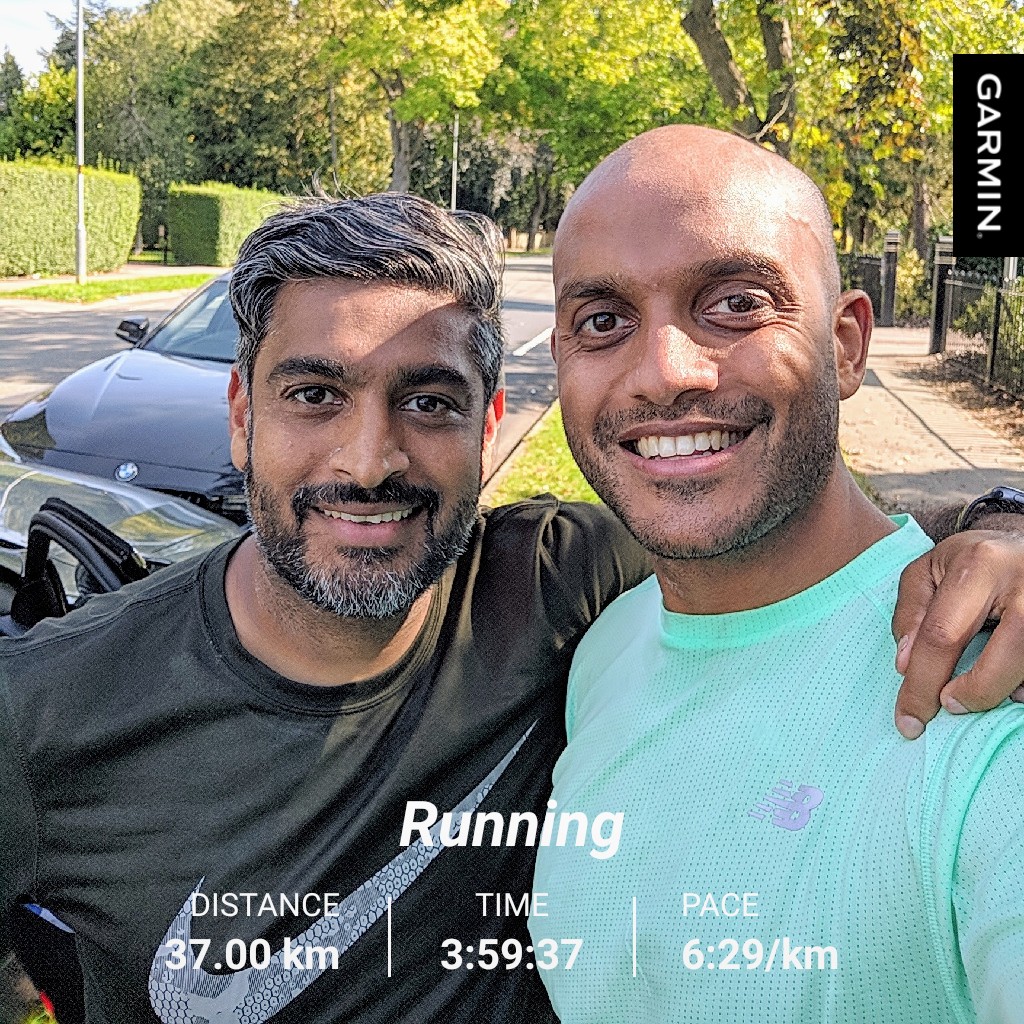 I’m a consultant at Mattioli Woods, a corporate partner of Alzheimer’s Research UK, and this October, I’ll be running the London Marathon to raise funds for groundbreaking research. Well, virtually anyway!

Our partnership has heaps of benefits, but I think it’s special because we’re raising funds for a cause that many of us hold close to our hearts, including my own. Sadly, I’ve seen first-hand the devastating effect dementia has on a loved one. My grandfather had Alzheimer’s and having lived with him for most of my life, I saw him change into an unfamiliar person. I also felt the impact on those around him, as it was family and friends who had to make sacrifices to provide care and emotional support.

It was after his death that Mattioli Woods secured a partnership with the charity. I found this to be quite timely as I hadn’t had much interaction with the charity before my personal experience. But it sparked my interest to do something to raise funds for life-changing research.

After hearing similar stories from my friends and colleagues, it struck me just how many people I know, in one way or another, have experienced dementia. It’s such a common condition that I believe we need to do more of what we can to help the individuals who have dementia and the loved ones in their circles. Tragically, Alzheimer’s Research UK has taken a significant drop in funds due to COVID-19, meaning life-changing research and future treatments could face critical delays.

That’s why I’ve decided to take on the marathon, although it won’t be in London! Due to the virus, the London Marathon as we know it has been cancelled. This means I’ll be joining 45,000 other 2020 London Marathons runners across the country, virtually.

Although I have always enjoyed running, this will be my first time running such a long distance, and for a charity! Since 2007, I have run seven half-marathons. So this was the perfect opportunity to really push myself in honor of my grandfather.

My biggest challenge will be running into the unknown during the second half. There’s a lot of talk about “hitting the wall” but worryingly, this isn’t something I can prepare for. For me, it’s not the mental ability, but the physical strength that will prove to be the challenge.

At least I know that If I do ‘hit the wall’, I’ll have my friends and colleagues, Amit Joshi and Mike Cheetham, to push me through the worst of it. They’ll be running along with me, and together we have raised over £4,000, with a target to raise more than £6,000. We know Alzheimer’s Research UK needs our support now more than ever.

To anyone who would like to fundraise but is a bit unsure of where to start, my advice would be to speak to those who’ve fundraised before. That way, you’ll get an idea of the fundraising activities that work for you, and it’s a bonus if you manage to collect helpers along the way. Supporting Alzheimer’s Research UK doesn’t need to be as extreme as running a marathon (unless you want it to be!), it could be as simple as donating your last hour of pay of the year or dressing up your doorway.

By doing what we can to raise crucial funds for scientific research and learn more about dementia, we’re helping to end the heartbreak dementia causes to families like mine.

If you would like to sponsor Chetan, Amit and Mike please visit their JustGiving pages:

Chetan is a Consultant at Mattioli Woods, which is one of Alzheimer’s Research UK’s Corporate Partners.