Why cycling? a reason, a respite and a reboot

I am not a winner.

Everybody has a story about how they got into cycling, what it means to them or why they do it. When we find ourselves moved to raise money for a cause, this story becomes a raison d’etre and history becomes motivation.

Briefly; this is my story.

I am not a winner. I am a cyclist.

Early in 2011, both my parents began to exhibit the first signs of dementia. Within the space of four very painful years, their mental deterioration escalated from an official diagnosis with Alzheimer’s and vascular dementia to the point when they both needed 24/7 care and the individuals I knew and loved had all but disappeared, along with the memories they treasured.

My parents were Birmingham born and bred, and lived in Sutton Coldfield all their married lives. Although I was the only sibling living locally and therefore bore the greatest responsibility of care, I have a brother and a sister living at equidistant but at opposite ends of the country, in Wiltshire and Yorkshire respectively. The three of us gradually became unwilling experts in our parent’s deterioration, in the condition itself and the benefits and pitfalls of the social care required to manage it. 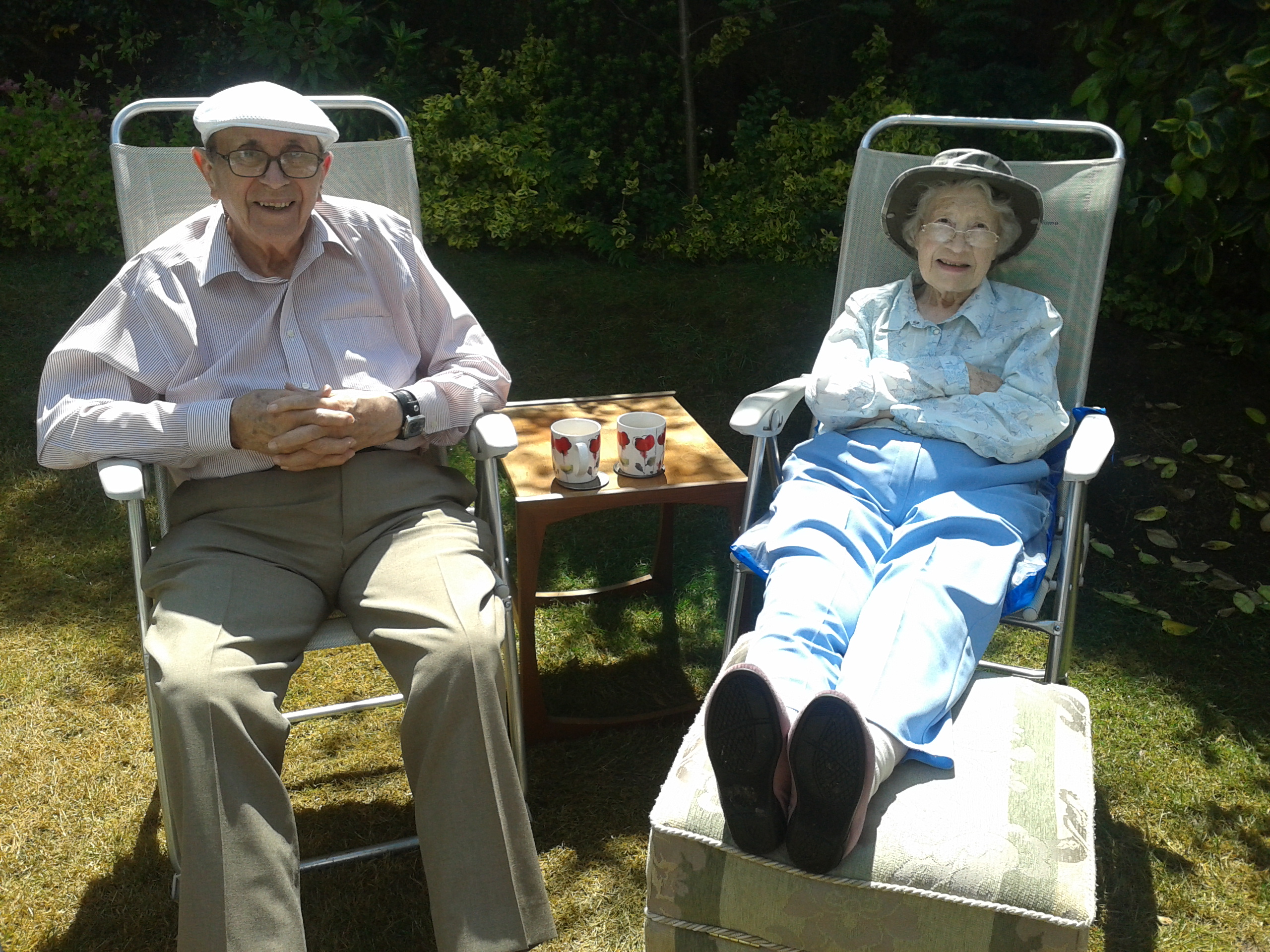 Why I am championing Alzheimer’s Research UK.

The journey my brother, sister and I took to try and obtain the best care for my parents was exhausting, frustrating and, ultimately inadequate. Every case is different but a lot depends on where you live, how much money you have and who you talk to first.

Simple diagnosis is often time-consuming, prolonged and ineffective. For example, by the time that my father had completed his assessment through the GP referral process, the disease had advanced so far and so rapidly that the drug he was being assessed for was no longer effective.

Until the kind of cure or prevention suggested by research becomes commonplace, more and more people will experience the frustrations and despair that my family has. There are other, very worthy causes which target Alzheimer’s out there. Research is just the one I believe is the most important.

I have enjoyed cycling all my life, but in those dark days, when time allowed, I found myself riding my bike further than ever before. I rode loops that never took me too far from home, enabling me to react to a telephone call relatively quickly and I found a release in the simple monotony of turning the pedals. Unconsciously, I was seeking a physical exhaustion that matched my mental state, but I was also solving problems, rebooting my mind, and relocating my perspective.

The bike and the road didn’t give a damn about my problems and my inability to solve them. It did however, go where I pointed it and when I was riding it, I was in control.

Gradually, I became aware of the natural rhythm and cadence of my riding. I was becoming challenged, rather than defeated by hills. My mileage increased along with my appreciation of how the benefits of physical fitness could off-set and even combat the effects of prolonged stress.

My mother died in October 2015; my father in March this year. My endeavour this summer was dedicated to them both.

“Cross the UK” was the challenge I undertook this summer in their memory. It came out of a desire to do something direct and tangible – to raise both awareness of the effects of dementia and to support Alzheimer’s Research UK’s incredible research.

So, in August, I cycled 989 miles from Land’s End to John O’Groats, then a further 132 miles from Coast to Coast, effectively navigating a “cross” over mainland UK in an attempt to graphically illustrate how the disease will soon affect almost every one of us either directly or indirectly. 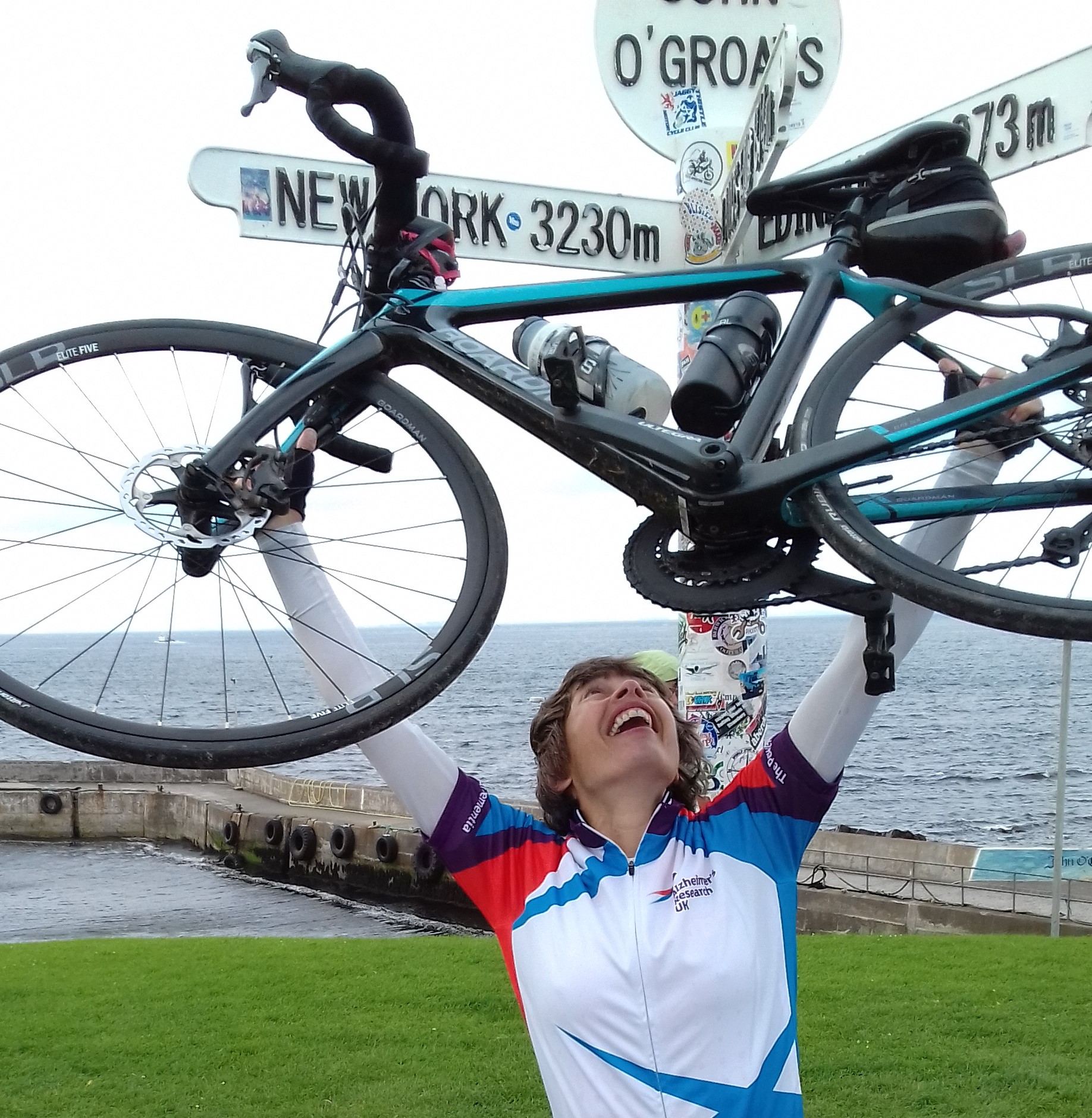 Before the race I built up my fundraising by promoting “Cross the UK” with static bike rides at various locations across the West Midlands, raising hundreds of pounds. I went on to raise more than £3,500 for dementia research and am incredibly proud of the contribution I have made to helping bring about a life-changing dementia treatment by 2025.

This was my challenge – now you have the chance to put your own journey on the map with Cycling Down Dementia.

All you have to do is go to www.cyclingdowndementia.org and sign up to either the Pioneer (300-mile) or Epic (1,000-mile) challenge. Then get in the saddle (in the gym or on the road), clock up the miles and raise £150 before 31 January.