What causes the symptoms of dementia?

If you ask most people about the symptoms of dementia, they’ll likely mention memory loss but not get much further than that. Of course for many people with dementia, memory loss is a hugely important early symptom, but it is far from the whole story. Dementia is an incredibly varied condition that can be caused by different diseases that affect people in a variety of ways. We know that all these diseases damage nerve cells in the brain, so why do they cause such a wide range of diverse symptoms?

It’s all to do with the way the brain works. A subject that is enormously complex and – despite centuries of thought and research­­ – still largely mysterious.

To us it seems obvious that the brain is responsible for thinking, just as it’s obvious that eyes are for seeing and legs are for walking. But this hasn’t always been clear to everybody. The Greek philosopher Aristotle thought that the heart was the seat of thought while the brain was for cooling the blood. Over time, the brain’s role in thinking, processing senses, and governing behaviour became widely acknowledged. In more recent history, a number of remarkable people have helped begin to piece together a more detailed picture of the workings of this incredible organ.

In the 1790’s a German anatomist called Franz Joseph Gall developed a method for reading an individual’s personality and character in the shape of their head. 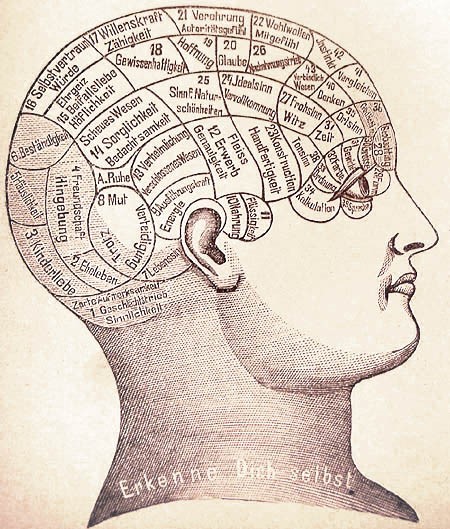 Phrenology, as the theory became known, was based on the idea that measuring the skull could give an indication of the size and influence of brain areas that determine particular character traits. Joseph Gall was mistaken in many of his specific claims, but he stumbled across an important principle of modern neurology: that certain regions of the brain are – to a large extent – specialised for different functions.

We now know that the symptoms of dementia largely depend on which brain regions are affected by a disease. Gall – with his flawed premise of differences in skull shape – couldn’t begin to work out what different brain areas actually did. But not long after Gall, doctors working with people with damage to specific parts of their brain found they had a way to investigate this. 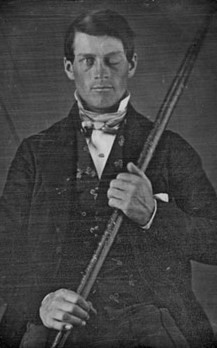 Phineas Gage: Based on daguerreotype originally from the collection of Jack and Beverly Wilgus and now in the Warren Anatomical Museum, Harvard Medical School

On a late summer’s afternoon in 1848, a construction worker called Phineas Gage was preparing explosive powder to clear a path for a new railway line. The powder ignited prematurely and a metal bar was blasted upwards, passing straight through the front of Gage’s skull. Astonishingly, he survived the accident, but he badly damaged the front of his brain ­– a region called the frontal lobe. While in many ways he was remarkably unaffected by the episode, his personality and behaviour changed significantly. Accounts suggest that he went from being polite and hardworking to being rude, aggressive and prone to fits of anger. Observing these changes gave doctors clues as to the function of the frontal lobe.

Personality changes are a common symptom of dementia and a defining symptom of a form called behavioural variant frontotemporal dementia. Though in dementia the harm is caused by progressive diseases rather than being struck by an object, damage to the frontal lobe is what underlies personality changes in both cases. 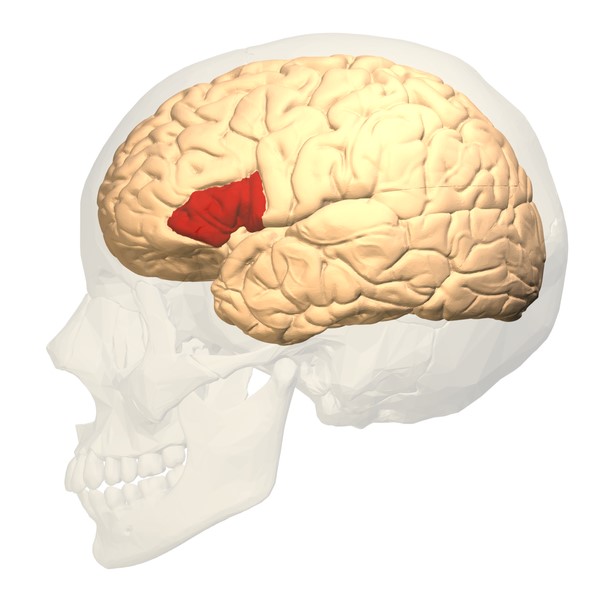 Another famous case involving the frontal lobe is that of Louis Victor Leborgne, otherwise known as Tan. In 1839, when he was 30 years old, Leborgne lost the ability to speak— he could only utter one syllable, ‘tan’. He would seem to understand everything he was asked and would respond in an expressive and apparently meaningful way, but only with the word ‘tan’.

An examination of his brain after he died revealed damage in a specific region of his frontal lobe. This region (named Broca’s area after Leborgne’s doctor) is critical for producing language. In dementia – most notably a rare form called progressive non-fluent aphasia – this area of the brain can be affected and people have difficulty speaking fluently.

Henry Molaison, known to neuroscience as patient ‘HM’, had severe epilepsy that doctors treated by surgically removing parts of his temporal lobe and a structure in the brain called the hippocampus. After the surgery Molaison had severe memory problems. While his long-term memory was largely unaffected, he was not able to commit new events to memory or remember the time leading up to his surgery. Henry Molaison took part in research from the time of his surgery in 1957 until his death in 2008. In this time, he played an important role in understanding the relationship between brain function and memory.

Often, the first areas of the brain to be affected in people with Alzheimer’s disease are those that were removed in the case of Henry Molaison and people with Alzheimer’s frequently experience a similar pattern of memory changes: having difficulty recalling recent events while holding on to memories of early life for much longer.

There is still an enormous amount we don’t understand about the brain and how it is affected in dementia. These days increasingly sophisticated brain scans have helped shed more light on the function of the brain and have been able to spot specific changes that take place in diseases like Alzheimer’s. However, famous cases like these allowed scientists to make key discoveries that are still important in the diagnosis and understanding of dementia. They also helped to unpick important strands in perhaps the knottiest question in the whole of science – how does the human brain work?

Find out more about the different areas of the brain and how they are affected in dementia by visiting our interactive brain tour.

If you want to be part of shaping the research of today, you can sign up to volunteer for research studies at www.joindementiaresearch.nihr.ac.uk or by calling our Dementia Research Infoline on 0300 111 5 111.