It’s been a busy 12 months for the Alzheimer’s Research UK press team, with dementia seemingly never far from the headlines. We work hard to make sure dementia research and our amazing fundraisers and supporters get the attention they deserve in the media, as well as providing expert comment on scientific developments from around the world.

As the year’s end approaches, it’s time to take stock of what got us talking in 2015 – so from broken world records to new research findings, here are just some of the stories that caught the media’s attention this year.

Starting a fightback against dementia

This year we launched our first ever national awareness campaign to inspire a fightback against dementia, and we had an amazing response from the public. The resulting news coverage included the first play of our television advert on the BBC, while the actor Christopher Eccleston lent his support to the campaign, publishing a beautifully-written account from of his father’s battle with vascular dementia in the Guardian.

February brought news of a world first for dementia, and a proud moment for the charity: the launch of our three Drug Discovery Institutes to fast-track research into new treatments. The £30m initiative was covered in the Financial Times (£) and made the front page of the Daily Express, while our spokespeople took to the airwaves to explain our plans for BBC Radio 4’s Today programme, BBC Breakfast and a host of national and regional TV and radio stations.

Alzheimer’s Research UK supporter Chris Graham won the hearts of millions when he appeared on BBC Breakfast’s sofa in March. Chris, just 39 years old, didn’t let a rare diagnosis of early-onset Alzheimer’s disease stop him embarking on an immense 16,000-mile cycle around North America, raising an incredible £45,000 for dementia research in the process. We were inundated with messages of support for him after his moving story was featured across the BBC and in multiple print articles.

The Observer’s front page called attention to our report showing how women bear the brunt of dementia, ahead of the launch of the report at this year’s Women of the World Festival. The rest of the media followed suit, with coverage of the findings in the Daily Telegraph, the Daily Mail and the Independent to name a few.

As the UK’s leading dementia research charity, our media spokespeople play a vital role helping to put breaking research findings into context, both for journalists and for the public. They were called into action in September when a study suggested that in a small number of historic treatments, the Alzheimer’s protein amyloid may have been passed between people. The results prompted some concerning headlines and, though the research pointed to an area that needs further investigation, in media interviews we were able to provide important reassurances – read more on our blog.

One in three people born in 2015 could develop dementia

…so said the results of new analysis that we commissioned from the Office of Health Economics, released on World Alzheimer’s Day in September. The figures, showing the worst-case scenario for dementia if the condition is not tackled, were covered in national newspapers ranging from the Guardian and the Independent to The Times and the Daily Telegraph, while we were quizzed about what the statistics mean on BBC News, ITV, Sky News and more.

Seen these headlines about new figures we have released today? Get more info on our blog –http://t.co/PAgKwIrawG pic.twitter.com/LRLV0xnmA6

Changes in humour and dementia

Researchers at UCL, part-funded by Alzheimer’s Research UK, published results of a study linking changes in people’s sense of humour to the early stages of some forms of dementia. Reported by national print and broadcast media, the findings highlighted a symptom of dementia that is often overlooked, and with the help of our media volunteers who described their experiences, we were able to help more people understand the different ways the condition can impact people.

July saw the release of results from an extension trial of Alzheimer’s drug solanezumab, and the findings – suggesting that we might possibly be looking at a disease-modifying treatment – took the media by storm. Throughout the day our spokespeople were called on to help explain the findings and some of the caveats, touring the news studios of every station to give the results a cautious welcome and put the research in context. The story has another chapter to come with a further trial still ongoing, but the excitement surrounding these results showed us just how much a treatment to slow Alzheimer’s disease would mean to the public.

Watch ARUK’s Tim Parry speaking to @5_News about what happens next with trials for promising drug Solanezumab https://t.co/M3HrmTun2i

Bouncing into the record books

The exploits of fundraiser Jack Sexty – aka ‘Mr Pogo’ – made headlines in July when he claimed a new world record for the most consecutive bounces on a pogo stick. His achievement, which saw him beat the previous record-holder at the pogo world championships, Pogopalooza, caught the imagination of journalists at the Sun and BBC Online among others. 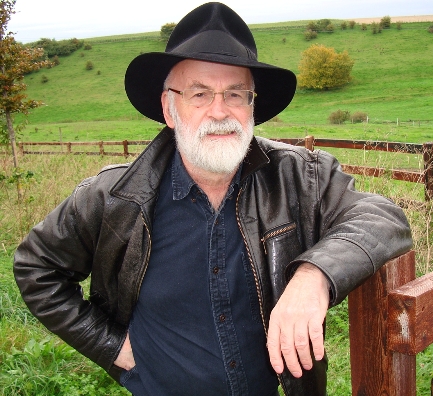 Fans of Sir Terry and Alzheimer’s Research UK supporters alike were deeply saddened by his death in March this year, after a long battle with Alzheimer’s. In interviews to pay tribute to our Patron, we were able to tell the world of the lasting legacy he left for people with dementia. It’s no exaggeration to say that Sir Terry sparked a real change in the way we talk about dementia, bringing the condition out of the shadows when he spoke openly about his diagnosis.

His loss is still keenly felt, and reminds us why our mission to make breakthroughs possible is so important. That mission will continue in 2016, when we hope to bring you news of research breakthroughs that will move us closer to our goal. Stay tuned, and if you want to help power our research, visit our website to make a donation.

Tags: Behind the headlines, Celebrity support, Our work, Supporter stories