Taking a stand in Westminster

Since Alzheimer’s Research UK began its work twenty three years ago there has been increasing interest in dementia as an issue. Now, the message that dementia is caused by brain diseases and isn’t a normal part of aging is more and more in the public sphere. And the topic of dementia is finding the same kind of traction in the political arena too.

Over the past decade, public and government interest in dementia has soared, with the condition increasingly on the minds of decision makers. In 2013 the G8 Dementia Summit saw world leaders set-out an ambition to find a treatment that could slow down or stop dementia in its tracks by the year 2025. Since then Alzheimer’s Research UK has been working to keep dementia high on the political agenda by publishing our manifesto and holding awareness raising events.

This year in the first week of February we held a stand in Westminster’s upper hall to tell MPs about our work and encourage them to lend their support to our cause.

So why were we in Westminster and how can politicians help us?

Lobbying is an integral part of the work charities do to ensure governments make promises and then can be held to account on those promises. This keeps certain important issues from being forgotten when it comes to policy.

Dementia research is often different to research in other disease areas because it is very time consuming and costly. This is because dementia is a slowly progressing condition and people in clinical trials need to be studied over a long period of time. This means in turn, that funding into research needs to be increased. 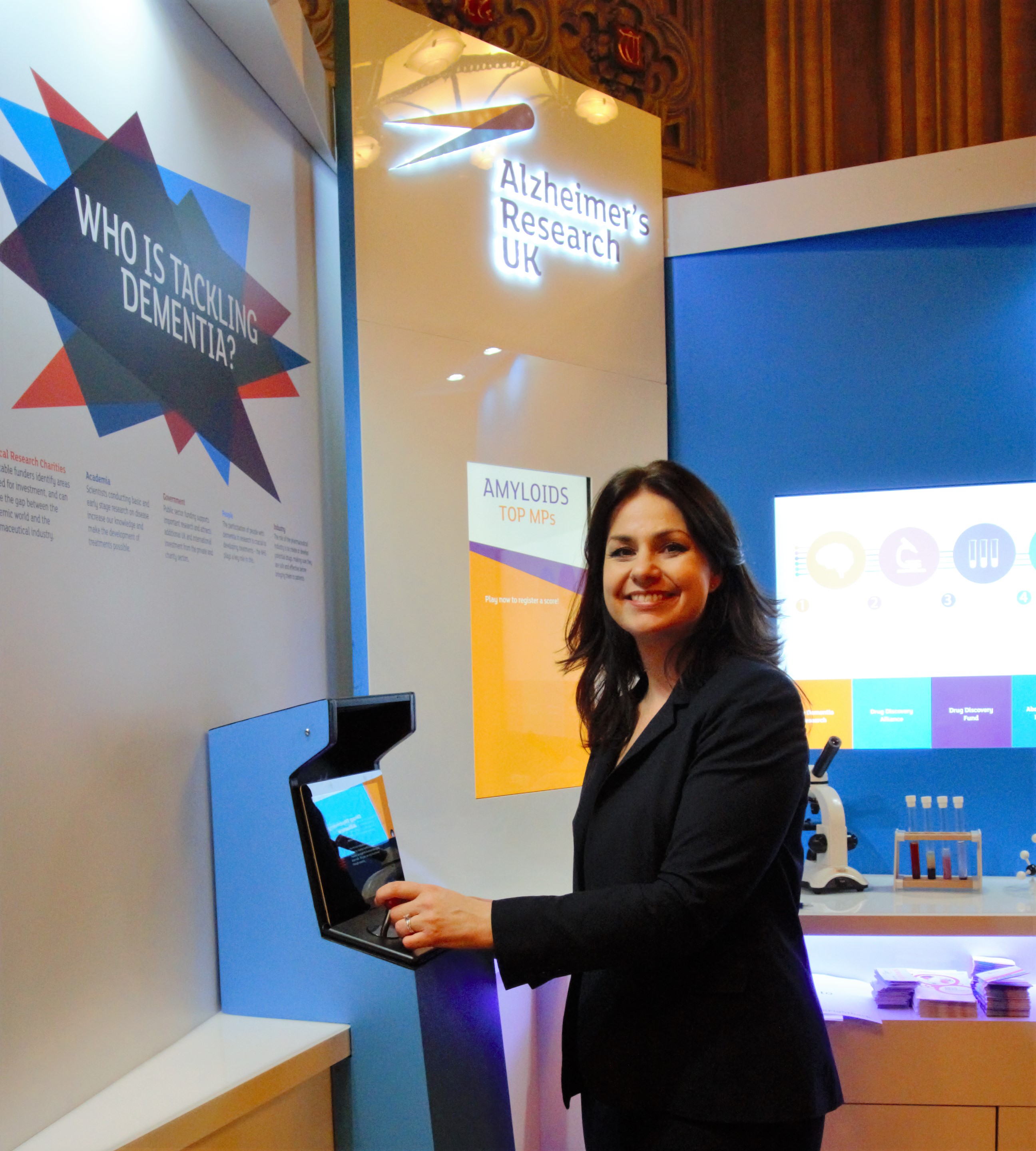 Although more funding is reaching dementia research year on year, it still massively lags behind that of cancer or heart disease with government funding at £66million each year. Because dementia is caused by brain diseases, with the right funding and support, research can reach the same kind of progress towards a treatment that we’ve seen in other disease areas.

Lately there has been an increased focus on the need for patients to benefit from new treatments quickly. A new drug that has been through clinical trials to ensure it is safe might still take years to reach patients on the NHS because it needs to pass through lots of organisations for approval. New treatments should be rigorously tested to ensure they are safe and cost-effective, but it’s also vital that there aren’t blockages and duplications in the drug development pathway that slow this process. This is particularly important for dementia as there is no cure, so currently a diagnosis is terminal. We are hopeful for the future of dementia research but we need to make sure that when a new treatment is discovered it will be available to people living with the condition as quickly as possible.

The more that politicians understand the problems surrounding dementia research, the more can be done to remove barriers slowing down the journey to a new treatment being publicly available.

The power to defeat dementia

Alzheimer’s Research UK has set out its main challenges to politicians in a manifesto, which was at the stand. These include: 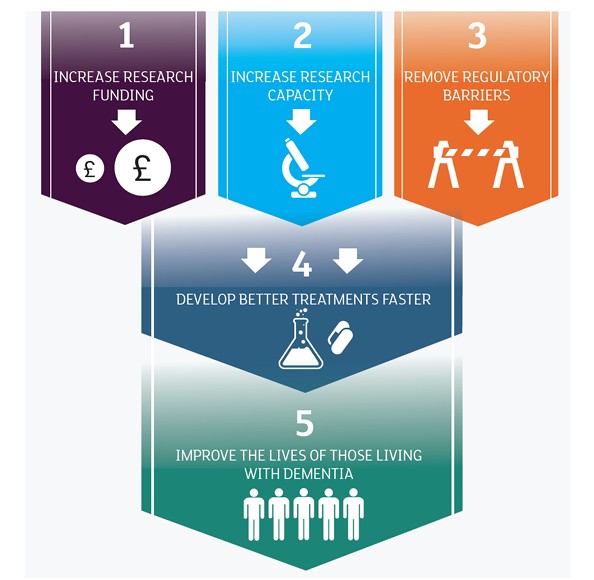 By explaining our work to MPs we hope they can increase public awareness in their constituencies and in parliament. Public and government support is vital to the work of Alzheimer’s Research UK – it will take all of us working together to defeat dementia.