Supporting the next generation of dementia researchers

This week sees Manchester play host to the Alzheimer’s Research UK Conference 2016. The conference is a forum for nearly 500 top dementia researchers to come together, hear each other’s ideas, form collaborations, and drive progress towards new ways to help people living with dementia. As the country’s largest gathering of dementia researchers, the annual conference attracts scientists from all over the country as well as leading experts from elsewhere in the world. 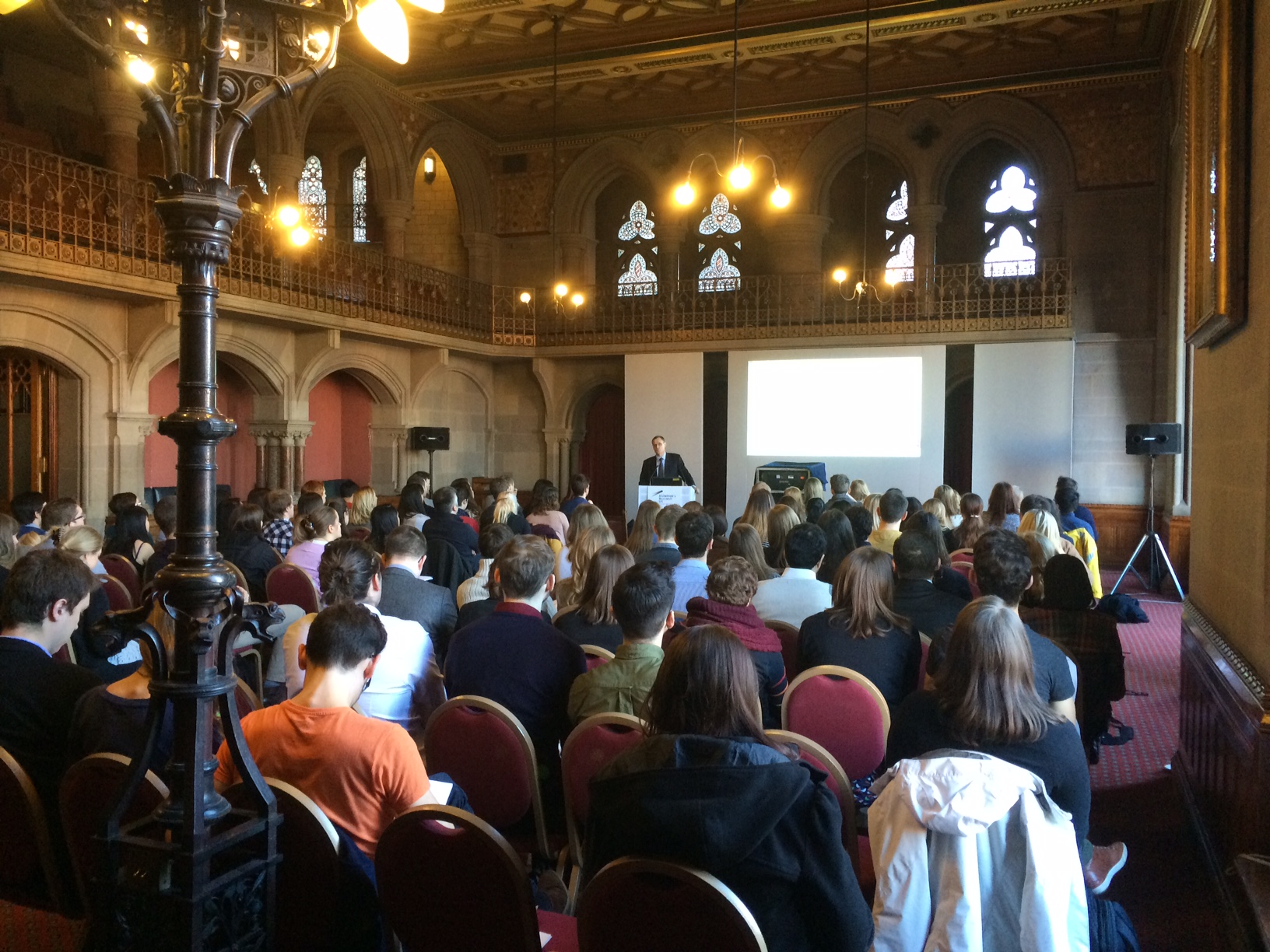 While the main conference gets underway tomorrow, today we kicked things off with a dedicated PhD day, with sessions specifically aimed at early-career scientists. To date, Alzheimer’s Research UK has funded more than 80 PhD studentships at universities across the country. These projects are a crucial part of our Research Strategy because, as well as addressing key questions in dementia research, they are vital for establishing the next generation of scientists and increasing dementia research capacity in the UK.

The main aim of the day is to allow students to tell their peers about the approaches and techniques they are using to tackle questions in dementia research. By sharing the findings and implications of their work, asking questions and picking each other brains, we hope the students will spark new ideas and develop a broader understanding of the field they are working in.

It was great to hear from so many students, clearly passionate about their work, giving presentations about cutting-edge dementia research. There were 18 different talks through the day, offering a glimpse into a range of projects looking into causes, diagnosis and treatments for different forms of dementia.

Jennifer Adams told us about her work exploring the relationship between frontotemporal dementia (FTD) and motor neurone disease – a disease that impacts the brain’s ability to control movement. She explained how around 15% of people with FTD also develop motor neurone disease. By studying people with these conditions, she’s found that the symptoms of FTD tend to be different for people who just have FTD compared to when it appears alongside motor neurone disease. Better characterisation of rarer forms of dementia such as FTD is an important step towards improved diagnosis and making sure treatment, care, and support is most appropriately tailored to someone’s needs.

Hannah Wolfe from Trinity College Dublin is looking for biological indicators of Alzheimer’s in the blood. She gave the other students an overview of her research, which has found that levels of a particular molecule in the blood appear to be linked to memory and thinking skills in Alzheimer’s disease. An accurate blood test for Alzheimer’s is a key goal for many researchers, as such a test would hold the potential to help in clinical trials as well as hopefully, in future, helping doctors to detect Alzheimer’s in the clinic. Hannah’s project is contributing to this important area of research.

As well as hearing longer in-depth talks, we also introduced ‘Flash Presentations’ – asking students to showcase their work in 90 second video clips. These presentations gave more students the chance to share their ideas and gave the attendees a chance to hear snippets from an even wider range of dementia research approaches underway around the UK. Here is Emilie Brotherhood, a first year PhD student from University College London, presenting her project which uses the latest virtual reality technology to investigate the symptoms of frontotemporal dementia.

The day was also a great opportunity for the students to hear experienced researchers talk about their own career paths in academia and industry, and how they can engage the public with the work they are doing. It’s great to see so many researchers already blogging about their work, including Clarissa Giebel from the University of Manchester, and Sarah Ryan who blogged for us about her PhD project last year.

Prof Nigel Hooper, Director of Dementia Research at the University of Manchester, gave an overview of the current state of dementia research in the UK and explained why now is such an exciting time to be embarking on a dementia research career. Dr Gemma Lace-Costigan from the University of Salford talked about her career path from PhD to her current position as a senior researcher, managing a team of scientists working on the biology of dementia. Dr Lace-Costigan pointed out some the hurdles that she has had to overcome in her career and offered advice to the audience about how they might go about dealing with the difficulties they might encounter in their lives as scientists.

The continued success of events like the Alzheimer’s Research UK Conference reflects an expanding community of dedicated dementia researchers striving to better understand diseases like Alzheimer’s. Despite this growth, there are still around six times as many researchers working in cancer research than there are working on dementia.

Thanks to sustained and substantial investment in research and a large number of researchers working in the field of cancer research, there have been significant improvements in the outcomes of people with a cancer diagnosis. By funding PhD studentships and supporting students in their careers, we hope to ensure that there are more and more researchers working in dementia and that this growth continues in the years and decades to come. Judging from the passion and enthusiasm from the attendees of today’s event, the future is bright for dementia research.

We’ll be keeping you up-to-date with the rest of the Alzheimer’s Research UK Conference 2016 here on the blog and also on twitter.