University of Exeter researcher, Dr Katie Lunnon has won the Early Career Investigator of the Year Award at the Alzheimer’s Research UK Conference 2017. The prestigious prize celebrates excellence in dementia research and comes with £25k for Dr Lunnon to spend on her cutting-edge research.

Katie studies the relatively new field of epigenetics – a biological process that can switch genes on or off, potentially influencing the risk of diseases like Alzheimer’s.

We caught up with Katie to talk about her research and her role as a member of our Grant Review Board, where she helps to recommend the most promising research projects for Alzheimer’s Research UK to fund. 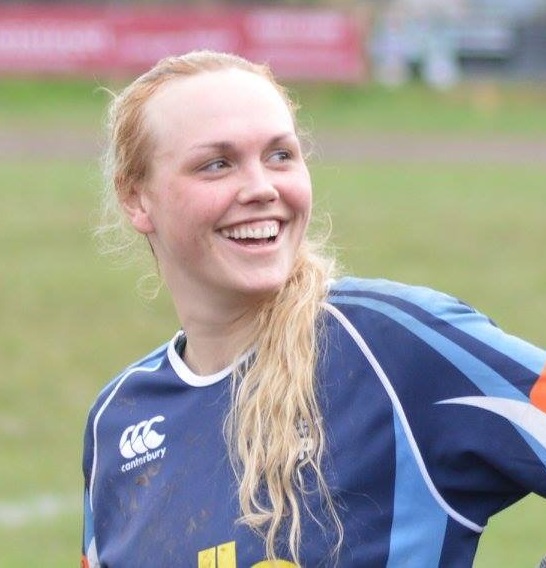 Did you always want to be a scientist?

Since I was a young age I have been fascinated by science, and wanted to become a scientist. Dementia is an illness very close to my heart; both of my grandmothers sadly died with dementia. The first of my grandmothers, Mary, first developed symptoms of dementia with Lewy bodies about 15 years ago, and watching her change from a fun-loving lady, who was the centre of every party, into a shadow of her former self was incredibly hard for all the family. When my other grandmother, Joan, developed vascular dementia in more recent years, we knew what changes to expect, but it was still very hard to see her kind personality change. Being involved in important scientific research to help combat these diseases will hopefully mean that one day other people won’t see their grandparents lost to this devastating illness.

I started my career by studying biomedical sciences at the University of Southampton and I was fortunate to be able to spend a summer in a research lab between my second and final year. This was my first opportunity to be involved in real science, investigating the role of infections in dementia and made me realise that I wanted to pursue a career in academia. After my degree I continued within the same lab, undertaking a PhD looking at how the immune cells in the brain function during infections. After completing my PhD I moved to King’s College London, to start my first postdoctoral post. In this role I measured the levels of genes being expressed in the blood  of people with dementia, with the ultimate aim of identifying new biological markers, or ‘biomarkers’ of diseases like Alzheimer’s, which could help to diagnose the diseases earlier. At this stage I had become interested in how genes are regulated in Alzheimer’s, and after four years I started to research what are known as ‘epigenetic mechanisms’. I moved to the University of Exeter three years ago to start my lectureship and to build a research group specifically focussed on understanding the role of these mechanisms in Alzheimer’s.

What are you working on at the moment?

My research is focussed around the role of epigenetics in Alzheimer’s disease. To put this in context, every cell in your body has the same genetic code in its DNA, yet a heart cell behaves and looks very different to a nerve cell for example, as certain genes are switched on and certain genes switched off in different cell types. This is known as “epigenetic” regulation. Epigenetic changes are thought to be one mechanism through which environmental factors, such as diet, exercise and smoking can influence the risk of diseases like Alzheimer’s. We believe that some of the brain changes we see in Alzheimer’s disease are caused by epigenetic changes in specific genes. We have been looking at changes in different epigenetic mechanisms in Alzheimer’s with the aim of identifying new pathways altered in the disease.

Epigenetics is a relatively new field of research, particularly in dementia and there is still a lot more we can find out about these mechanisms in disease. One of the most exciting things about epigenetic research is that these changes are potentially reversible, and as such could represent new drug targets.

What is your favourite bit about being a scientist?

My favourite thing about being a scientist is that you can go to work and discover something that was previously unknown! There is something really exciting about undertaking a completely new experiment and identifying a new mechanism or gene that is important in disease, which could bring us one step closer to developing new treatments.

Can you tell me about the work of the Grant Review Board and how you feel about becoming a member?

The grant review board reviews and makes recommendations to the trustees on the grant applications they receive from researchers across the UK. I have only just joined the board, but I am really excited about being able to play a part in this. I am also looking forward to reviewing the grant applications, being able to read about the new cutting-edge research that is being undertaken within the UK.

I have a lot of hobbies that keep me busy outside of science! My biggest love outside of science is rugby, and I love both watching and playing the game! I have been captain of a team called the “Exonian Ladies at Topsham RFC”, based near Exeter since we first started up in Spring 2014, and I also manage the Devon county women’s rugby team. I also enjoy heading up to watch Exeter Chiefs play at Sandy Park, not far from where I live. When not at a rugby club I can either be found renovating my house or working on my allotment. 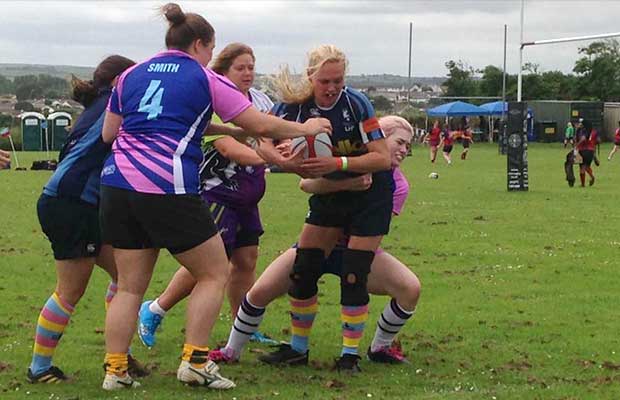 I don’t think I could narrow this down to just one thing! If I were to list my favourite things in life, it would include my partner, my friends, my family, my cats, rugby, science, and a cold glass of wine or diet coke!