Why did you choose to work on dementia?

Early in my studies I had the privilege to meet people with dementia and their families, which strongly reinforced my desire to work in this field and bring about meaningful change to people affected by the condition. Even now, simply talking to the family of someone with dementia about how it has impacted their lives is a huge motivation.

My personal motive to work in dementia research grew even stronger when in 2015 my grandfather was diagnosed with the condition. As a firefighter for over 40 years, having lied about his age to enlist in the Fire Brigade in 1943 and having served through some of the darkest days of the Northern Ireland conflict, I had always seen my grandfather as a strong and gallant man. Watching his demise and ultimate death due to dementia was a tremendously difficult experience, but one that has strengthened my resolve to contribute to a world where people can live without the fear of dementia.

I initially studied at Queen’s University Belfast with my project in final year testing a new drug aiming to inhibit α-synuclein, the protein that accumulates into Lewy bodies in both dementia with Lewy bodies (DLB) and Parkinson’s disease. This project instilled in me a fascination with Lewy body diseases, an interest that led to me deciding to complete my masters and PhD in Newcastle University, an institution synonymous with excellence in this field. 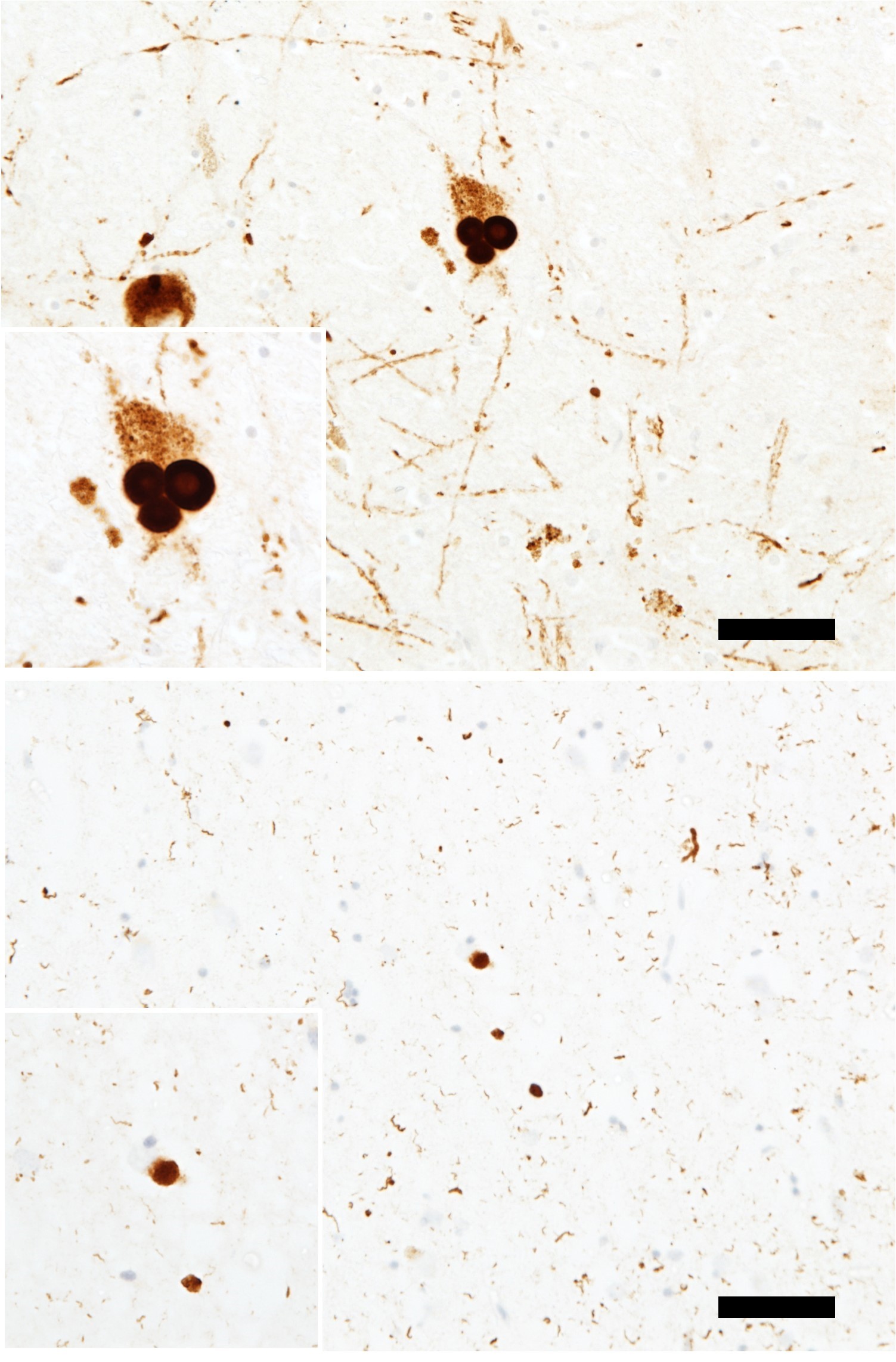 My PhD involved looking at brain tissue kindly donated by individuals who had Lewy body disease. I observed that not all brain regions, nor types of brain cell, seem to develop Lewy bodies, and some never become affected. I decided to investigate the factors that might make Lewy bodies form in some cells but not others. I believe different parts of the brain are like a tinder-box and will ignite quickly if hit by a spark. Other regions are a bit more like damp wood – they probably will catch fire if exposed to heat for a long time, but it will take much longer for it to happen. In a nutshell, I want to find out how to make more of the brain like damp wood and less like tinder, to slow down the development of dementia.

Understanding why only some cells become affected by Lewy bodies will help us understand why they form in the first place.

Knowledge of how this disease develops is vital as we try to come up with treatments to help people affected by it.

How are you involved in the work of Alzheimer’s Research UK?

I am an enthusiastic, though not particularly good, road cyclist and I find exercise to be necessary to de-stress from the rigours of research – completing the Yorkshire tour for Alzheimer’s Research UK was challenging, but I find cycling gives me time to think of new ideas to try in the lab! 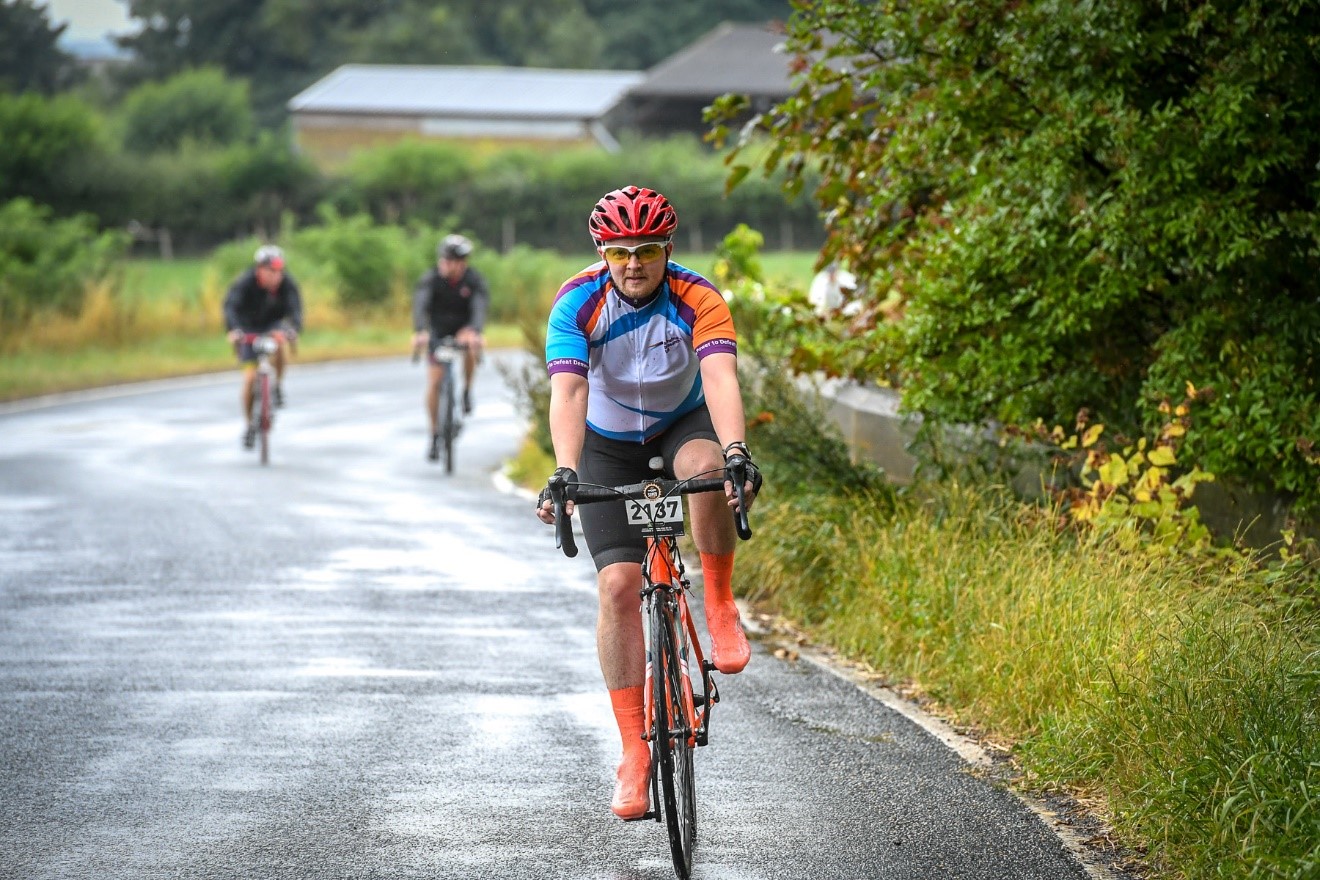 My recent finding that brain regions that do not typically become affected by Lewy bodies contain very little α-synuclein, the protein that comprises Lewy bodies, is a career highlight. I believe these findings have great implications for our understanding of how Lewy bodies develop and, perhaps even more, why they affect some regions but not others.

What advice would you give to scientists embarking on a career in dementia research?

Never stop questioning and never stop trying new things. Fresh ideas must be welcomed, and I believe new perspectives will be vital if we are to fulfil our mission in developing life-changing treatments for dementia.

What do you think is the most promising area of dementia research?

I am very interested in the accumulating evidence that α-synuclein may spread through the brain as there is obvious translational appeal – stop it spreading and we can halt the disease progressing. However, I don’t think it is as simple as this and I think we need to do more to understand why it only spreads to some cells and not others. But I do believe this line of research has the potential to help make breakthroughs possible for people with dementia with Lewy bodies.

What do you do in your time outside the lab?

I also very much enjoy visiting the beautiful Northumberland countryside and its many castles, alongside my fiancée. As a wannabe Geordie, I also enjoy the ups and downs associated with being a Newcastle United fan!

What is the one thing you can’t live without?