Reports in the press this week have highlighted a case of potential scientific misconduct in Alzheimer’s studies.

The allegations focus on an important protein known as amyloid – which is a hallmark of Alzheimer’s disease – and on researchers in the US who claim to have discovered a particular sub-form of this protein.

But as is so often the case with science, the story is more nuanced than it might seem at first glance. While these allegations are concerning, they don’t – as some reports imply – cast doubts on the overall direction of research into Alzheimer’s.

What is this all about?

The headlines stem from a report in the academic journal Science, which has outlined possible instances of faked images in several research papers from researchers in the US. While we at Alzheimer’s Research UK haven’t seen all the details of the allegations, the report includes images of scientific tests that can reveal the presence of different proteins in biological samples – including different types of amyloid.

Understanding the different forms of amyloid, and whether and how they’re involved in Alzheimer’s disease, has been a focus of many research labs. In people with Alzheimer’s disease, amyloid forms into hardened clumps called plaques in their brain. The amyloid protein itself can exist in several forms – some of which are known as oligomers. Researchers have been working to better understand the role these amyloid oligomers play in Alzheimer’s, compared with the larger amyloid clumps that form into plaques. 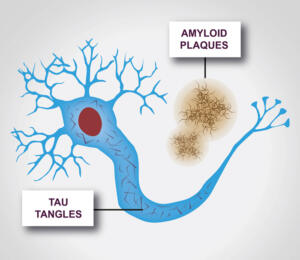 Amyloid builds up outside nerve cells in Alzheimer’s disease

The study highlighted in the Science article focuses on the apparent discovery, in 2006, of one particular type of amyloid oligomer, and the role it plays in damage to nerve cells in the brain in rats. But this is only very small part of decades of extensive research into amyloid, from researchers around the globe, which has generated a large body of evidence that amyloid plays an important role in Alzheimer’s – including very strong genetic evidence.

It’s important to stress that this broad body of research is largely unaffected by these specific allegations, even if they turn out to be true.

Researchers usually present scientific findings as articles in scientific publications called journals. As part of journals’ publication process, editors carry out checks on the researchers’ data, and can ask to see other material from their experiments. Journal articles are closely scrutinised by scientists with expertise in that topic – a process called peer review.

It’s a process that generally works well. But there have been rare cases, in different areas of science, where these checks haven’t picked up on results that had been faked. But the scientific method has another layer of protection built in.

As well as results, scientific papers also describe the details of researchers’ experimental method. This allows other researchers to run the same experiment and check whether they get the same results. Findings that are not genuine cannot be reproduced, and they won’t be accepted as scientific facts.

Specific findings from the research implicated in this recent news were widely seen as controversial before these allegations of manipulation had surfaced. 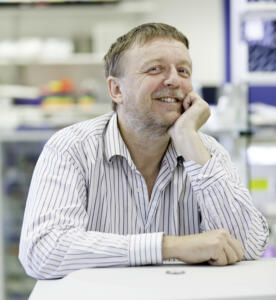 Prof Sir John Hardy from UCL developed the amyloid hypothesis in the 1990s, and told us he has long had doubts about the paper central to today’s story. “I have never thought this paper was important, and I don’t think I have ever referred to it in my own work,” he says. In fact, Hardy is sceptical about the role of amyloid oligomers in Alzheimer’s. “I don’t think their toxicity has ever been satisfactorily demonstrated,” compared to other forms of amyloid.

“It is a shame if these papers involve deceit, and journals and institutions need to crack down on fraud when it is discovered,” says Hardy, who says others in the research community had also had questions about the papers’ findings.

Researchers like Hardy are discovering more about Alzheimer’s all the time: it’s a complex disease and amyloid is just one of the features that researchers study. Of 143 drugs currently in clinical trials for Alzheimer’s, only 19 target amyloid. Dementia research is a diverse and growing field that is making incredible progress.

At Alzheimer’s Research UK, we pass researchers’ funding applications through multiple stages of expert review, so only well-supported research that has the best chance of changing lives will be funded, and so we can be as sure as possible that our supporters’ donations are used wisely.

The suggestion in these US reports that certain scientific findings may have been manipulated is worrying. But science is resilient. There are thousands of dementia researchers working all over the world and nearly 33,000 dementia research articles published in 2021 alone. Even one dishonest researcher would be one too many, but we mustn’t let instances like this overshadow the incredible progress dementia researchers are making every day.