Fred Walker’s wife Joan lived life to the full – it was one of the many things he loved about her. But in 2010, Alzheimer’s robbed Fred of his beloved wife. They had been married 46 years. Joan declined slowly and it wasn’t until he looked back, that Fred realised that Joan had been displaying signs of dementia for a while before they learned something was wrong. 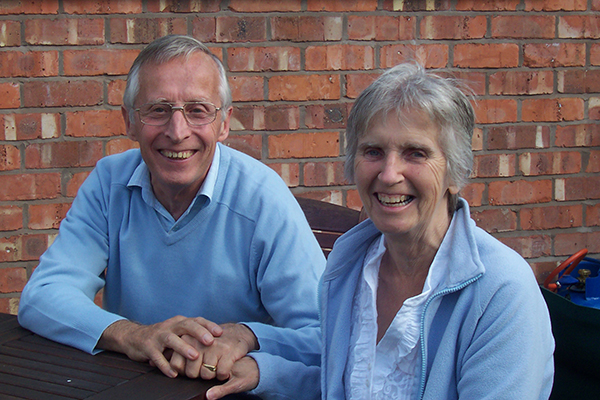 The first symptoms of dementia are often hard to spot. They usually appear gradually and are frequently passed off as stress, depression or simply old age. And when someone does realise that something’s wrong, either in themselves or a loved one, people are sometimes reluctant to seek help.

Here, Fred explains some of the symptoms Joan first experienced. It wasn’t until she had a series of falls and was referred to a Falls Clinic that an MRI scan was done and she was diagnosed with Alzheimer’s disease. By that point, her condition was advanced and the treatments available were ineffective.

“To tell how Joan progressed with Alzheimer’s disease I must first paint a picture of what she was like before the onset. In the film ‘Shirley Valentine’, Shirley looks into the camera and says “Why do we get all this life if we never get to use it?” Joan used her life; she worked as a personal assistant for a chartered accountant, and she loved music, ballroom dancing, fell walking and gardening.

“We met at Sale Locarno ballroom, married and had three children. Joan wanted to help the community so we became foster parents and took in 30 babies and toddlers. She always said that she had 33 children but not all by the same father. We have six wonderful grandchildren.

“She was on the Parochial Church Council, running the church hall, doing accounts and organising events. She passed her advanced driving test, and was secretary of the local group, Altrincham Advanced Motorists, and treasurer of the North West Region Liaison Committee.”

“It is said that one never forgets how to ride a bike, but whilst holidaying in Austria with our daughter’s family we took a bicycle ride around a lake and discovered Joan had in fact forgotten. 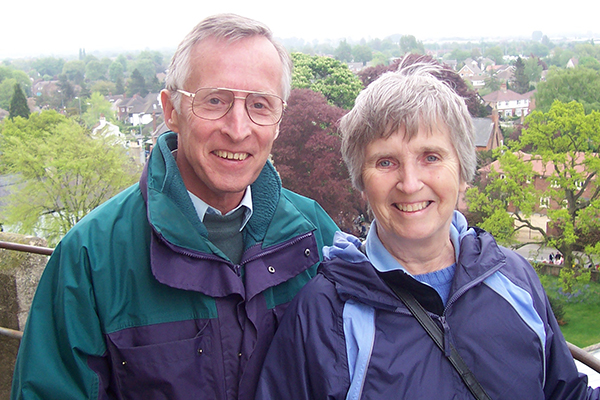 “On another occasion, we went on an organised walk in Derbyshire. With our experience of fell walking it should have been an easy day out but once we left the tarmac footpath and entered the fell track, the friable surface prevented her from walking. It took over an hour to negotiate 100 yards back to the metalled surface. This condition rapidly progressed to an inability even to walk on a gravel car park.

“Then we were invited to a formal annual dinner nearby and, for no reason that we could determine, Joan remained sitting all evening with her hands clasped on her lap, not speaking, eating or drinking, much to the embarrassment of everyone at the table.

“To use the telephone became beyond her capabilities. She couldn’t master all the buttons. The cooker was far too complex to understand and there was always the danger of her leaving the gas on. She found making a cup of tea too much and would get confused as to how much tea, milk and water was needed.

“Some of these early symptoms were excused away as ‘Joan flexing her muscles and showing us who was boss’ or just ‘old age creeping on’. With hindsight it was neither of these but by then it was too late and the disease was already affecting her brain.”

Although there is no cure for dementia, there are medications available which can help relieve the symptoms. However, these work best at an early stage, making timely diagnosis very important. Initial symptoms of dementia typically include problems with memory, repetitiveness, confusion and disorientation. It’s good to be aware of the signs and, if you are concerned that you or someone you know may be experiencing symptoms of dementia, please visit your GP.

Alzheimer’s Research UK funds world class research, aiming to find new ways to prevent, treat and ultimately cure Alzheimer’s and other forms of dementia. You can find out more about our work on our website. 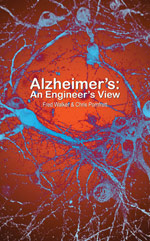 Fred’s words are an extract from ‘Alzheimer’s: An Engineer’s View’ by Fred Walker and Chris Pomfrett. All profits from the book’s sale go to Alzheimer’s Research UK. Fred is a Champion of the charity and volunteers tirelessly to help fundraise for dementia research and to raise awareness of the condition.

‘Alzheimer’s: An Engineer’s View’, published by Stellar Books, is available as an e-book for £1.99 or paperback for £7.50 on Amazon. It can also be purchased from Waterstones for £7.50 either in store or online.

Fred’s wife, Joan, had a four year struggle with Alzheimer’s and died in 2010, aged 70. Since then he has been a tireless campaigner, raising awareness of the need for more investment into research for this devastating disease. Fred has involved his local community in fundraising events and has raised thousands of pounds for our world-class dementia research. A retired engineer, he has also written a book entitled ‘Alzheimer’s: An Engineer’s View’, with all proceeds being donated to Alzheimer’s Research UK.