In this short piece I’m going to describe why we need clinical trials to develop new Alzheimer’s treatments. And cups of tea.

What is the placebo effect?

It’s been shown over and over again that patients who are given empty injections or pills, which they believe contain medicine, experience symptom improvement. This happens in a wide range of conditions – the improvement is called the placebo effect. The empty pills or injections are called placebos.

We need new Alzheimer’s treatments, and to test them we need to do placebo-controlled clinical trials.

The placebo effect can affect any and everyone, whether they know about it, think it’s real, or not. It’s a powerful effect of mind over matter. Our minds and beliefs are directly affecting physical changes and symptoms in our bodies. We don’t fully understand why or how it works, but it does.

So, to know whether a new treatment works, it has to out-perform the placebo effect.

There is a huge placebo effect in Alzheimer’s – bigger than in other conditions. We don’t yet know why this is the case. Alzheimer’s symptoms can fluctuate naturally from day to day or week to week. Some days someone with Alzheimer’s may be alert and communicative, other days withdrawn and confused. It is impossible to predict when such fluctuations will occur or by what they are influenced.

Say someone drinks a cup of tea, and feels brighter. Was it the tea? It may have happened anyway, without the tea. How would you tell? It may have been the focused attention of the person serving the tea. It may have been the effect of a hot drink in general, a simple pleasure, not the type of drink. So how do we test if tea could help people with Alzheimer’s? In a clinical trial.

Clinical trials can test a potential treatment against the effects of a placebo. In our tea example above, we could test the effects of a cup of tea versus a placebo (hot water). To start, patients the same age and at the same stage of the disease will be included. They would be randomly assigned to get either tea or placebo tea. To make the trial as fair as possible we would make sure the two groups were treated exactly the same. For example…the drinks should be served in the same way, at the same time of day. The drink would be served in identical cups, it should look the same (e.g. the water would have to be made brown)…the list would go on and on. People’s response to the tea would be monitored in a standardised way. 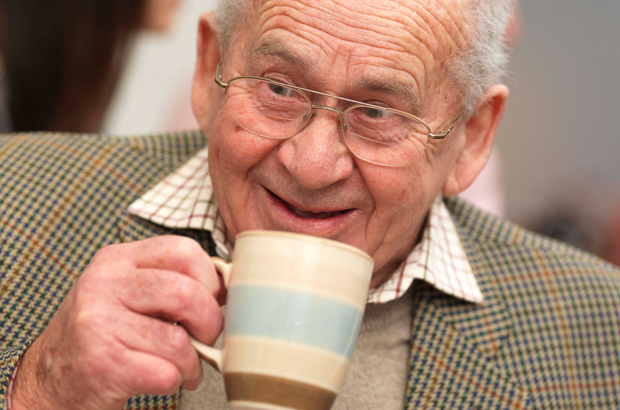 Only by doing this, and by pooling the results from both groups, could we see if tea was any better than hot water for making people feel better. This is a crude example – in reality many more factors would have to be considered when interpreting the results.

I’m not suggesting we do clinical trials for cups of tea (because we all know, deep down, the magical healing powers of cups of tea). However we do need new Alzheimer’s treatments, and to test them we need to do placebo-controlled clinical trials. These are hugely expensive and long term studies – but they will bring us the treatments we desperately need.

See more about how clinical trials fit with our research at dementialab.org