Dementiablog.org competition – The winner is…

Many of you reading this post will be well aware that to celebrate the launch of this blog we have been running a competition to win an exclusive prize.

Since 2008, Sir Terry Pratchett has been banging the drum for an increase in funding for dementia research. We were thrilled and privileged to have Sir Terry do what he does best – putting pen to paper – writing the inaugural entry here at dementiablog.org. 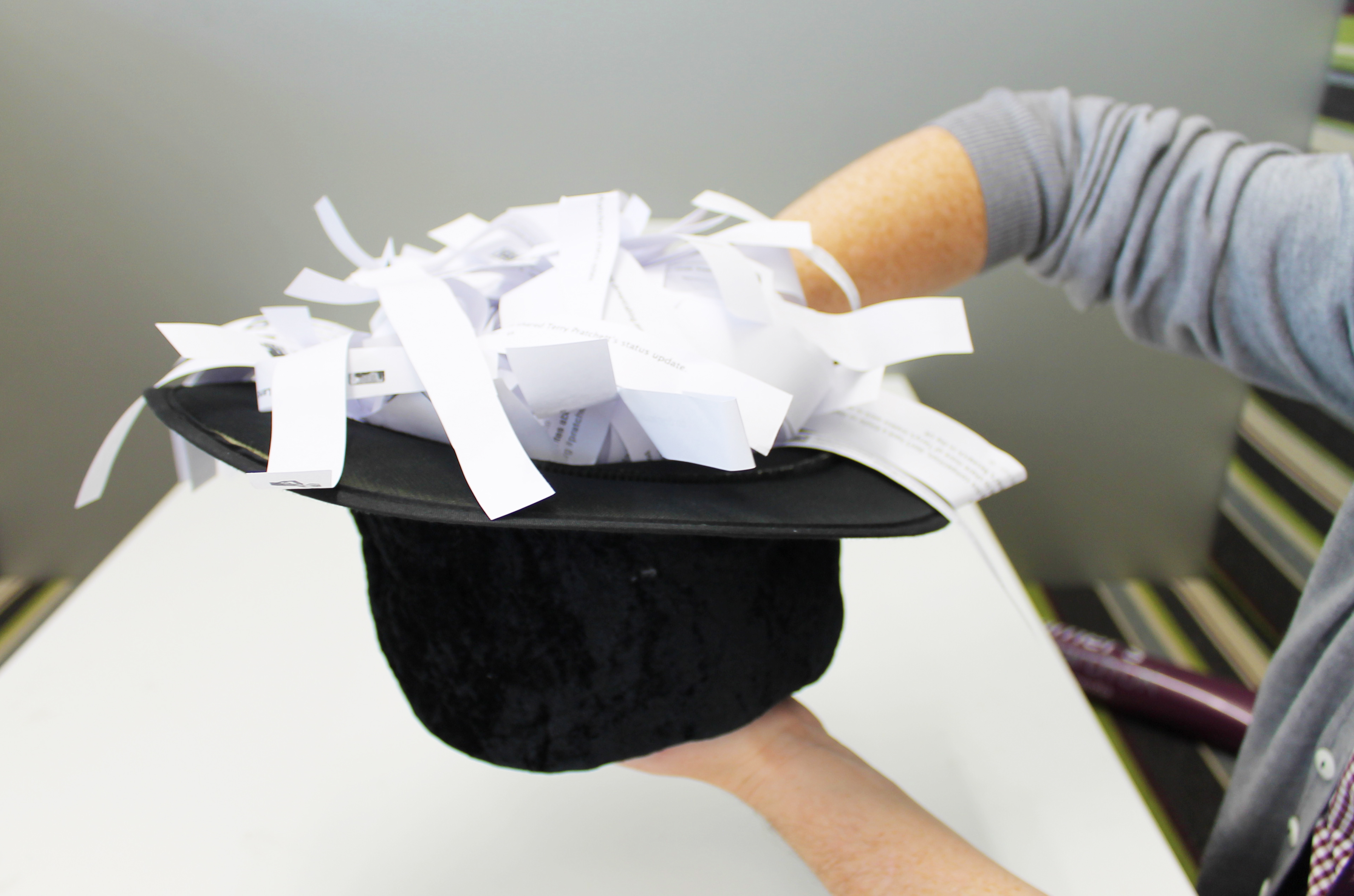 It’s only fitting that the prize was something that his committed fans would savour. A limited edition (number seven of 150) Discworld Kindle case signed by the man himself. For this very special occasion we have managed to dig out and dust off a Pratchett-esque hat to draw the lucky winner.

Hundreds of people entered. But there’s only one Discworld case. And only one person can take home the prize….

And the winner is…

Huge congratulations goes to Susan Hoath. Susan entered via Twitter by pointing her followers towards the new site. She’s now the proud new owner of the limited edition case!

Those we must acknowledge

I must take the opportunity, on behalf of Alzheimer’s Research UK, to thank: