I won’t let depression stop me Running Down Dementia

Andy Morris is taking on the Running Down Dementia challenge for the third year, having already run more than 750km and raised more than £5,000 over the past two years. Here, during Mental Health Awareness Week and ahead of Dementia Action Week (21-27 May), he explains why he’s still motivated to clock up the kilometres and raise money for dementia research, despite battling depression following the death of his mother.

Last year my mother died of vascular dementia and my wife’s step-father died with mixed dementia. For me, this along with the loss of my father in the same year, resulted in a bout of depression – this is not uncommon for carers. 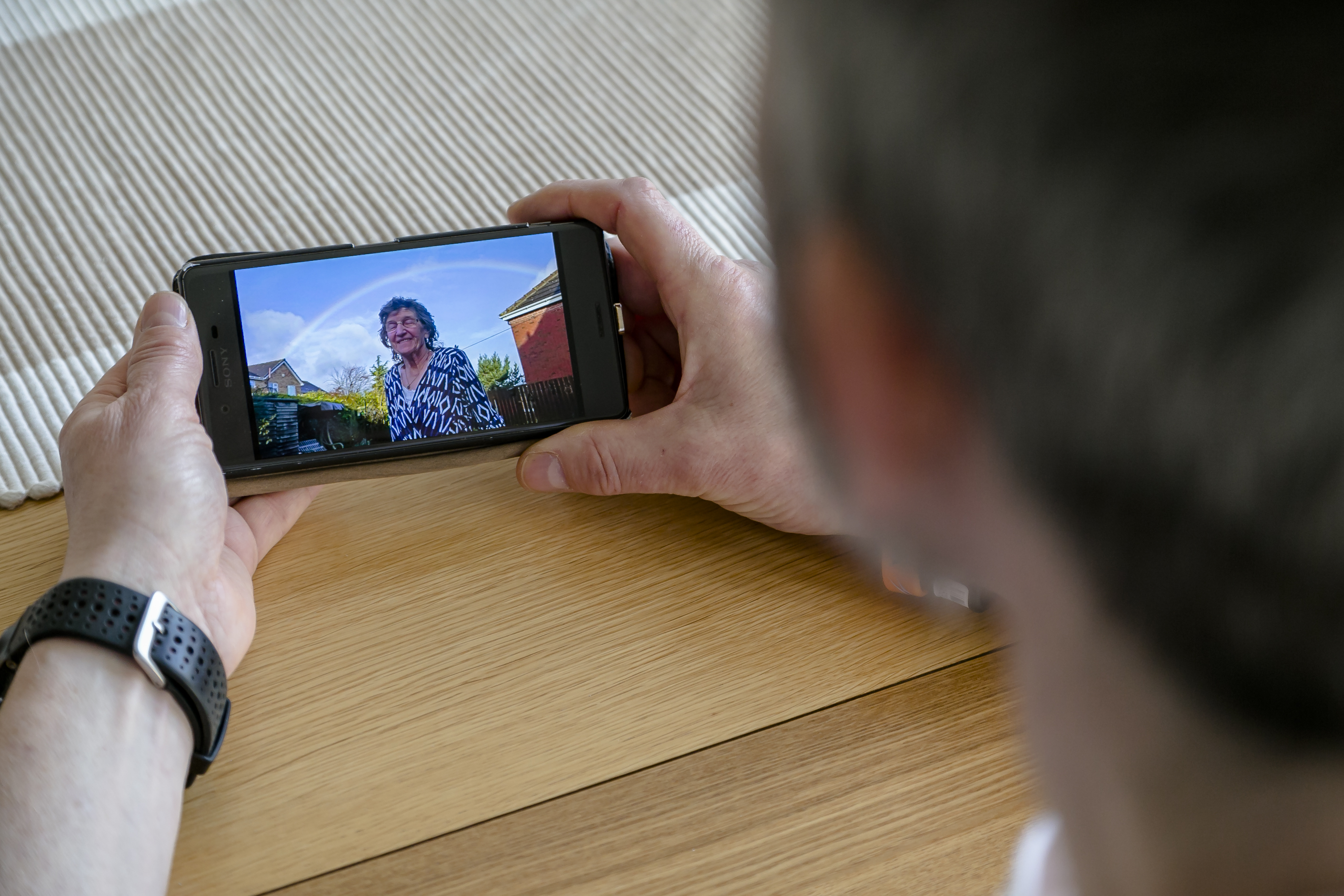 The battle to increase the visibility of the issues surrounding dementia has become a big part of my life. Early on, I recognised that people living with dementia are often left to be supported by their families and quite often misunderstood. People are able to live fairly good lives with dementia as long as they receive appropriate care and treatment, and their families/carers don’t have to end up being stressed and depressed if they get the right support – but more often than not they don’t get this.

In addition, it is vital more money is provided to research causes, early diagnosis and treatment for all forms of dementia. At the moment there are no drugs that will stop the progression of dementia. However, there are promising signs, but more money is needed to speed up this research so that we don’t end up with yet another generation of people who are affected either as people living with dementia or as carers.
This year, I will be taking part in Running Down Dementia for the third year in a row. The campaign challenges people to run 100km before the end of the summer and raise £100, although some of us choose to run further and raise more.

For a brief moment towards the end of 2017 I thought I might back away from raising awareness and fundraising following the loss of my two family members. However, my conscience would not let me do this.
One of the great things about this challenge is that running definitely helps me mentally. Even now I feel the change that has happened with me since the loss of family members and the long path towards and then through depression. I’m a different person to the one who took on Running Down Dementia in 2017. I’ve changed and the cause was bereavement and the subsequent hole that was left when I was no longer needed to care for my parents. 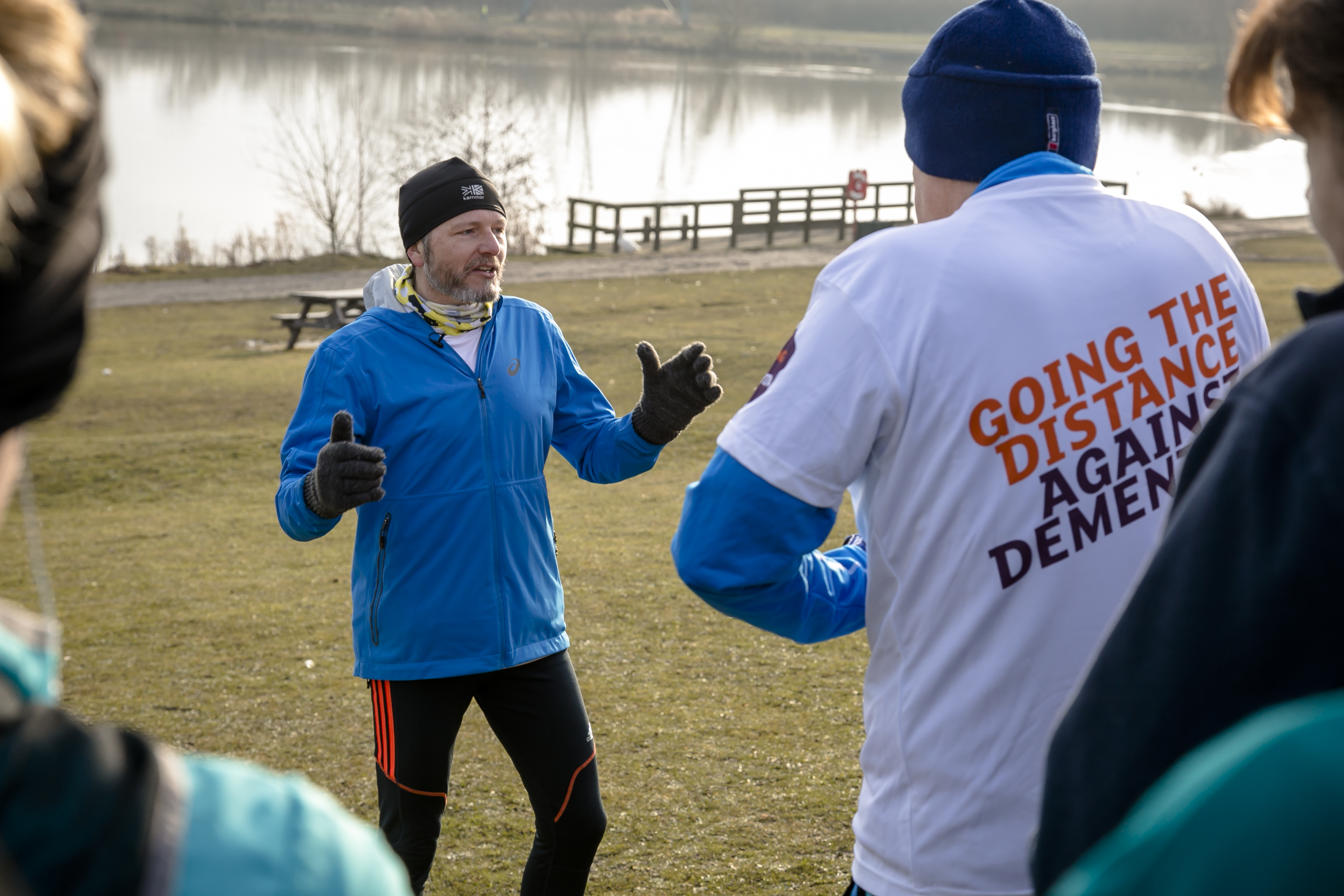 Running, for me, is a release – it’s a distraction, it releases me from anxiety and if I try hard enough it also gives me a feeling of elation through the release of endorphins.

I don’t feel as if I’m totally free of the black hole of depression, but I now have much more awareness of it and control of it and am therefore able to live with it. I’ll keep on doing the things that work for me, such as running, mindfulness, writing down my thoughts etc. Also, a sense of purpose makes a big difference – family is clearly very important as is my job which I enjoy, parkrun keeps me busy and happy, and of course supporting my chosen cause – dementia research.

I am a regular parkrunner, although I’ve volunteered on more occasions than I have run (164 volunteer occasions, 157 runs). I am proud to be Event Director at Poolsbrook parkrun and a parkrun Outreach Ambassador for Dementia.

parkrun is a fantastic opportunity for people to get regular exercise, while getting the chance to socialise in a safe and very friendly environment. As part of the PROVE (parkrun, running or volunteering for everyone) project, we are also encouraging people living with dementia and their carers to attend our events. A weekly parkrun fix could make a big difference to their lives.

I haven’t yet set myself any targets for this year’s Running Down Dementia challenge. This is partly because, as I stated previously, I’m a different person now. I’ve lost some fitness due to illness and I’m still finding out more about myself (this is a little difficult to explain but those who have been through depression will understand straight away).

Last year I targeted 500km including 10,000m of climbing within this – I achieved both targets along with my fundraising targets. If any of my sponsors suggest a running challenge, and it’s feasible, then I’ll do it (or I’ll at least try), but the most important thing is raising money and raising awareness – to support research and to get people thinking about and talking about dementia.

Andy is Event Director of Poolsbrook parkrun and one of the top Running Down Dementia fundraisers, having raised more than £5,000 in two years.

He was inspired to raise money for dementia research as his mum Peggy, who died last year, had vascular dementia.

Andy, who lives in Chesterfield and works as a laboratory manager, completed 250km in the first year and more than doubled that in 2017.

Andy is also a parkrun Outreach Ambassador for Dementia as part of the PROVE (parkrun, running or volunteering for everyone) project, helping make parkruns around the country more accessible to people with dementia and their carers.