I Am Still Me

Helen Williams has been exhibiting a poignant collection of photographs of her local dementia singing group run by charity Dementia Forward in Harrogate. Helen spent nine months before she took a single picture, to be sure to get to know the individuals and capture an image true to their character. She is hoping the images will break the stigmas attached to dementia – to show that people with dementia are defined by more than their disease. She aptly named her project I Am Still Me.

I Am Still Me

And you are still you. And every single one of the wonderful people I met during this project and photographed are still themselves.

I’ve been a photographer for 22 years and a mum for the last five. Recently I started wondering if I was destined to only ever see photographic opportunities in the grated cheese which I scooped daily from underneath the dining room table. Where had I gone?

Just over a year ago, a good friend’s mum was diagnosed with dementia. We chatted about her mum’s identity and how I felt like my identity was lost, the importance of identity to everyone, and before I knew it I was attending my local, weekly singing group for people with dementia. I wanted to be that creative person again, and I wanted to do something in my community and do something with meaning.

So there I was, singing in a church hall every Thursday morning for nine months, and loving every moment. I thought I was learning about dementia but what I was actually doing was building friendships and trust, listening to stories, and dancing in the tea break with my wonderful new friends.

I made connections with every person that I photographed and their dementia became somehow irrelevant as I learned that the condition didn’t define a single one of them. I was seeing them exactly as they were right there and then, and this is what I wanted to capture when I finally picked up my camera. I wanted everyone else to see their unique and brilliant personalities, these colourful portraits are my narrative of them and their voice is in the writing. I asked them who they were and the response was incredible; even those who chose to only sign their names are saying something.

This collection of pictures is a celebration of self-identity and human spirit, and I hope you enjoy it. 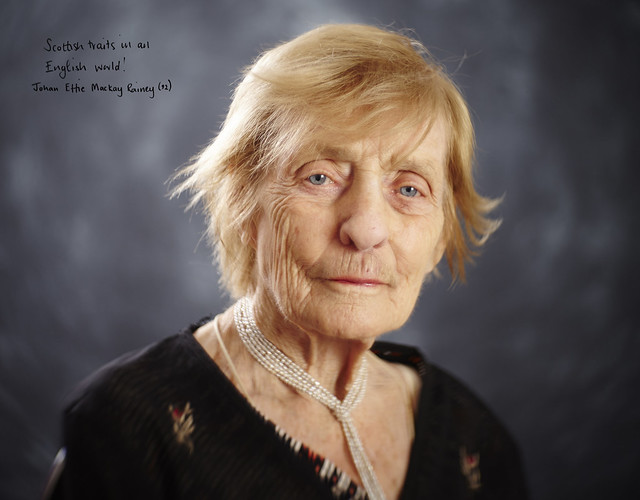 Helen Williams has been a professional photographer since starting out as a photojournalist straight from university in 1998. Helen then spent eight years as ITV’s in-house photographer, working daily on programmes such as Emmerdale, Heartbeat and A Touch of Frost. Afterwards she went it alone as a freelance photographer while training as a triathlete. After representing Great Britain as an age-grouper at the 2008 World Triathlon Championships, and completing her fourth Ironman event in 2009, Helen hung up her athletic boots and focused on starting a family. She now lives with her husband and two children in Harrogate.