Going beyond memory – the dementia that affects your vision

If you ask someone to name a symptom of dementia, chances are they would mention becoming forgetful or problems with memory. While these are the most well-known symptoms of Alzheimer’s, which is the most common cause of dementia, there are some more varied and lesser known symptoms that can affect things like vision, speech, personality and behaviour. What’s more, there are other forms of dementia in which these are the primary symptoms and where memory is relatively unaffected.

One of these other forms of dementia is posterior cortical atrophy (PCA), which is a rare subtype of Alzheimer’s disease.

If you could look in the brain of someone with PCA, you would find some of the usual suspects implicated in Alzheimer’s – clumps of the proteins tau and amyloid. But what is different are the areas of the brain that are being affected, and as a result there are rather different symptoms. In Alzheimer’s, nerve cells in the hippocampus, the brain’s memory centre, become damaged and begin to die, causing that part of the brain to shrink. In PCA, it is the back of the brain that is affected, particularly the occipital lobe which is responsible for processing visual information.

At the Alzheimer’s Association International Conference 2017 that took place in London last week, we had the chance to hear the latest research into rarer forms of dementia such as PCA. 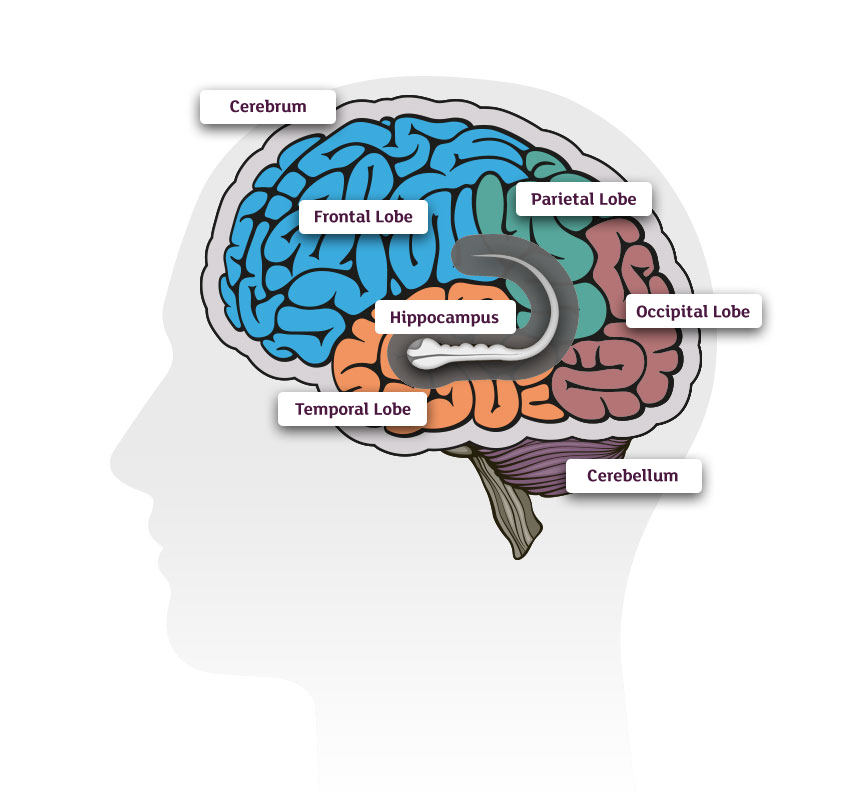 What do we know?

In the past, researchers have suggested that there may even be several subtypes of PCA, based on the variety of visual symptoms that they have seen in people with the condition, but until now there were no studies that really explored this. At AAIC, scientists from UCL presented research investigating this interesting idea.

The team looked at scores from visual and memory tests taken by 55 people with PCA, creating three groups based on these scores. The people who scored the lowest were put into a group that they called the ‘vision’ group. The researchers split the remaining people into two groups: those who performed worse on tests of spatial processing were put in the ‘space’ group while those who had problems identifying what items were, were placed in the ‘object’ group. When the researchers then looked at MRI brain scans, they found that these three groups were associated with three distinct patterns of brain changes, suggesting that there may be different subtypes of PCA. They will need to look at this in a bigger group of people to understand whether this finding holds true and how this information could help improve future diagnosis and treatment of the condition.

A window into the brain

Trina and Graham have shared their experience of Trina’s PCA, and how it affects their everyday lives. In this video, Trina touches on how certain types of lighting can make her life a bit more problematic.

We heard at AAIC from Dr Sebastian Crutch and his team about their research using sophisticated eye-tracking equipment to examine differences in how people with PCA assess what is in front of them in a room as they make their way towards a particular place. They found that compared to people with typical Alzheimer’s, people with PCA tended to spend more time looking at parts of the room that weren’t their destination – an open door in this experiment.

In a similar experiment, the team tracked people’s movement as they made their way towards the open door to see how this was affected by the placement of lights in the room. This revealed that people with PCA were better at moving towards the open door when the light was over it. However, when the light was placed elsewhere in the room, people with PCA took a more indirect and meandering pathway towards the open door. Lessons learnt from research like this help to give guidance on how best to adapt the homes and environment of those living with PCA, supporting people to stay independent for as long as possible.

Your support is making a difference

Over the years, you’ve helped us invest over £3.7m into PCA research. Thanks to your donations, Dr Crutch and his team now have eye-tracking equipment and their ongoing work is gaining insight into visual symptoms in PCA. You are also helping Dr Chris Butler at the University of Oxford to explore the distinct way in which memory is affected in PCA, which will help to improve the way PCA can be diagnosed.

If you want to find out more about PCA, we have created a new booklet which you can download here. There is also a PCA Support Group that sends out newsletters and holds several meetings a year in different parts of the country, providing opportunities for people affected by PCA to meet and share their experiences. You can find out more and how to get involved on their website.