It has now been a week since the hugely successful Alzheimer’s Research UK Conference 2015 got underway. The two day event was a fantastic forum for dementia scientists to exchange ideas and launch collaborations. The very first session of the conference involved specialist dementia doctors giving an overview of the different diseases that cause dementia. This was a great way to set off the event and frame all the later sessions. Hearing from clinicians who, on a daily basis, diagnose, treat, and talk with people who have dementia provided valuable context for the rest of the conference. 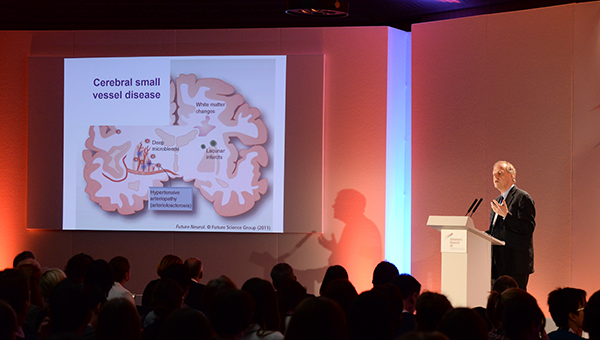 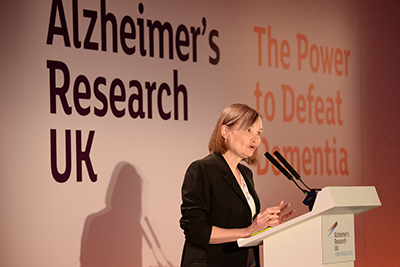 Frontotemporal dementia (FTD) is as common as Alzheimer’s disease in people under 65 and the most common form of dementia affecting people under 50. In her talk, Prof Julie Snowden emphasised the fact that frontotemporal dementia is not one disease but a group of distinct conditions each with different symptoms. Recognition of these different diseases is very important when treating and caring for people affected by FTD as the associated symptoms vary and pose unique challenges to people with FTD and their families. One example is semantic dementia, which affects a person’s ability to understand the world around them. People lose the meanings of words so while they can see and draw objects they are looking at very well, they can’t always name the object or tell you what it does. Prof Snowden also discussed the fact that there is more than one underlying disease process that causes FTD, adding even more complexity to the research going on into the condition. Researchers discussed this topic further at the dedicated FTD session the following day. 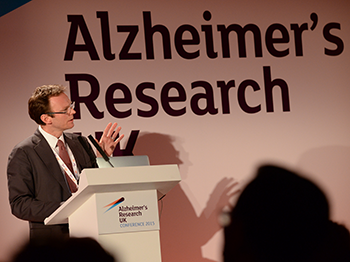 Alzheimer’s disease is the most common form of dementia affecting 500,000 people in the UK. Dr Chris Butler used much of his talk to speak about the challenge of diagnosing the disease when it doesn’t at first result in the memory symptoms that most of us think of when we hear the word Alzheimer’s. He showed the audience videos of some of his patients with rarer forms of Alzheimer’s. These included someone with logopenic progressive aphasia a form of Alzheimer’s which initially affects people’s language. He also spoke about posterior cortical atrophy (PCA) in which the disease affects the back of the brain and leads to problems with vision. PCA has been in the news recently following last week’s sad news about the death of Sir Terry Pratchett, who had this rare form of Alzheimer’s. Our supporters John and Morag talk a little about the difficulties of living with PCA in this video. 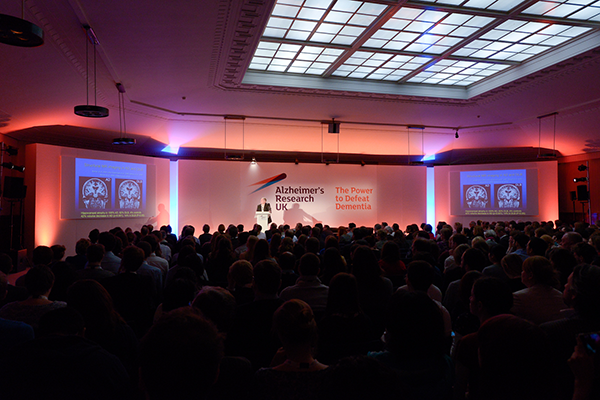 To end the session, Prof John O’Brien gave an overview of dementia with Lewy bodies (DLB) in which he outlined the complex and varied symptoms of the condition and how they overlap with Parkinson’s disease. He spoke about research into new ways to detect DLB including innovative brain scans, which have huge potential for improving diagnosis and are also helping to reveal more about the underlying causes of the disease.

Throughout the remainder of the two day event, we heard fascinating talks about the minute details of dementia biology, things that are vital for scientists to understand in the pursuit of new preventions and treatments. However, it was also important that everyone held in mind the reason so many scientists had gathered to discuss genes, proteins, and molecular processes – so that doctors like those who spoke at our introductory session will one day be able to offer their patients better treatments and more hope when they receive a dementia diagnosis.

This week is Brain Awareness Week, a global campaign to increase public awareness of the progress and benefits of brain research. It’s a great opportunity to reflect upon the enormous amount scientists have discovered about the brain. However, it is an almost unbelievably complex organ – the most complex structure in the known universe – and it can be affected by different disease in various ways to produce the range of diverse symptoms we heard about in these talks. If we are to help the people impacted by dementia, it is vital we continue research to better understand the brain, how it is affected by these diseases, and how we might slow, prevent or repair the damage they cause.