Answering your questions about aducanumab

20 August 2021 - Comments Off on Answering your questions about aducanumab

In June 2021, the United States Food and Drug Administration (FDA) made a landmark decision to approve the Alzheimer’s drug aducanumab (known commercially as Aduhelm). Although we are still waiting to learn whether aducanumab will be granted similar approval for use in the UK, this is the first time a drug has been approved for dementia treatment in nearly 20 years.

At Alzheimer’s Research UK, we are dedicated to making life-changing breakthroughs in the diagnosis, prevention, treatment, and cure of dementia. We know that this FDA decision is of huge interest to people with dementia and their families, as well as the research community. That is why we asked for your questions across our social media channels. We’ve brought together some of the questions you asked and our answers to them.

Aducanumab is designed to target and clear amyloid, one of the hallmark proteins that builds up in the brains of people with Alzheimer’s at an early stage of the disease. The expectation is that clearing amyloid will slow damage to the brain and the progression of symptoms. 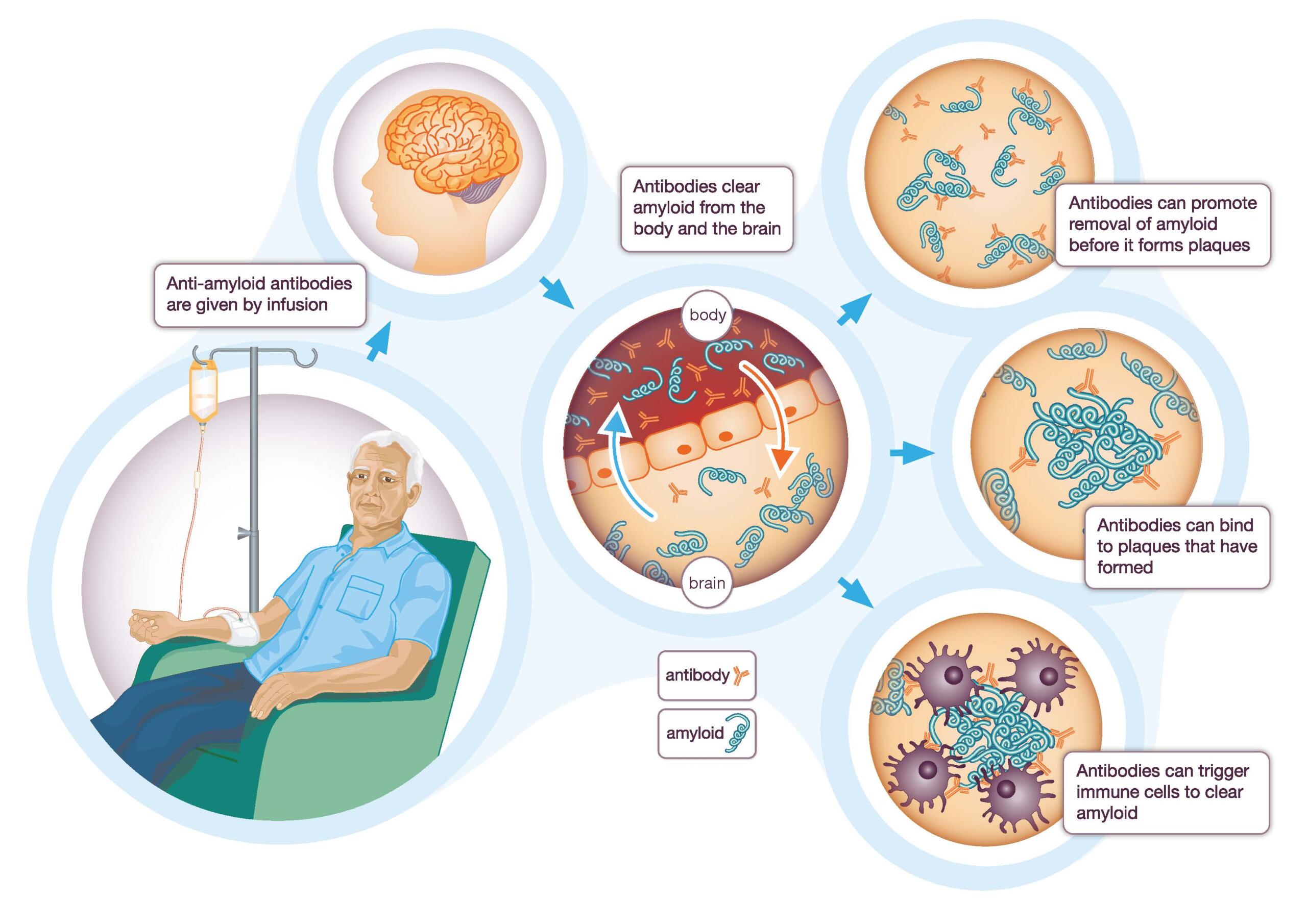 People included in the trials of this drug had mild cognitive impairment or Alzheimer’s disease, confirmed by a PET brain scan showing a build-up of amyloid in the brain. It is not clear whether the drug would be suitable for people with later stage Alzheimer’s disease.

Aducanumab was approved on the basis of it effectively clearing amyloid from the brain. The two major clinical trials of aducanumab showed different results in terms of its effect on symptoms. One trial showed a modest but significant decrease in cognitive decline after 78 weeks of treatment, but the other trial did not. Further research will have to test whether the drug would need to be given for longer to show greater benefits.

The US regulator approved aducanumab because of its ability to clear the hallmark Alzheimer’s protein, amyloid, from the brain. They took the view that clearing amyloid is ‘reasonably likely’ to predict a clinical benefit to patients, and they now require a post-approval clinical trial to verify this. Some doctors and scientists think they shouldn’t have approved the drug as the previous trials assessed people’s symptoms but didn’t find direct evidence of a meaningful benefit.

Only 14% percent of all drugs started in human clinical trials become an approved drug and the process of getting a new drug approved for use in humans can often take 10-15 years. You can learn more about the clinical trials process by reading our blog. 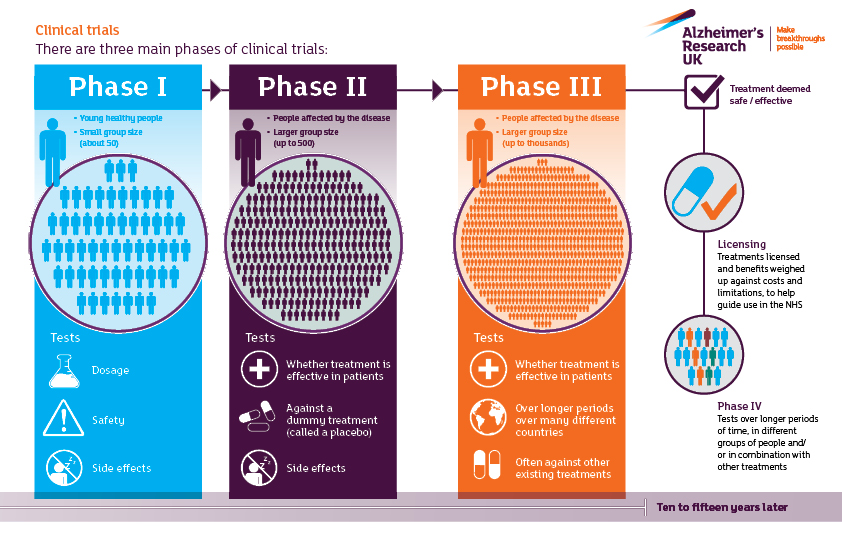 With all drugs there will be side effects in some people. Most of the participants taking aducanumab showed no negative side effects. For the people who experienced side effects, the most common were headaches and swelling in the brain known as “amyloid-related imaging abnormalities” (ARIA). There will be a stage four clinical trial taking place over nine years to further assess long-term side effects in participants, as well as closely monitoring anyone else receiving the drug as treatment.

Although the FDA has made its ruling in the US, the regulator in the UK (MHRA) will need to grant the drug a licence before it could be available in this country. Their decision is not expected until at least autumn 2021. The FDA have required Biogen to carry out further clinical trials as a condition for its approval in the US. It is possible the MHRA will require the same.

If the UK regulators approve aducanumab, the National Institute for Health and Care Excellence (NICE) would then have to weigh the benefits of the drug against its cost before deciding whether it would be provided by the NHS. Scotland has a separate body that assesses cost effectiveness, the Scottish Medicines Consortium.

This process would take into account the views of the clinical community and people with Alzheimer’s and their families. Alzheimer’s Research UK would make sure to actively engage in this process. Watch this video to find out more.

Aducanumab trials have finished in the UK. There may be further trials but currently we do not know where or when these will happen. There are many other late-stage trials testing similar drugs to aducanumab that people can take part in. The best way to do this is by registering to Join Dementia Research. To find out more and register, call the Dementia Research Infoline at 0300 111 5 111 or visit www.joindementiaresearch.nihr.ac.uk.

While people in the UK with Alzheimer’s and their families will have to wait a bit longer to get their answers, we are hopeful that this approval will lead to a renewed global focus and investment in dementia research. This will speed up the progress to detect and diagnose dementia earlier and accelerate the search for life-changing treatments for those with other dementias, and in the later stages of disease.