Another year of progress for dementia research

Our Director of Research, Dr Carol Routledge, looks back at some of the most exciting areas of progress in dementia research over the past 12 months.

Dementia is a condition that has an enormous impact on millions of lives around the globe and a financial impact of over $1 trillion – more than the whole economy of the Netherlands.

With such an enormous impact, why aren’t there more ways to help people affected by dementia?

It’s not because dementia is an inevitable part of ageing, or that diseases like Alzheimer’s are impossible to combat.

The key difference is that we haven’t been funding dementia research for as long or at the same level as diseases like cancer.

But research is making progress, and the last 12 months have seen a number of important new developments in the global effort to overcome dementia.

In 2019 researchers have been making huge strides towards a blood test for Alzheimer’s disease.

A reliable Alzheimer’s blood test could revolutionise Alzheimer’s diagnosis. This approach could hold the potential to detect the disease years before symptoms start to show and would be cheaper and more straightforward than current techniques like brain scans or tests of spinal fluid. 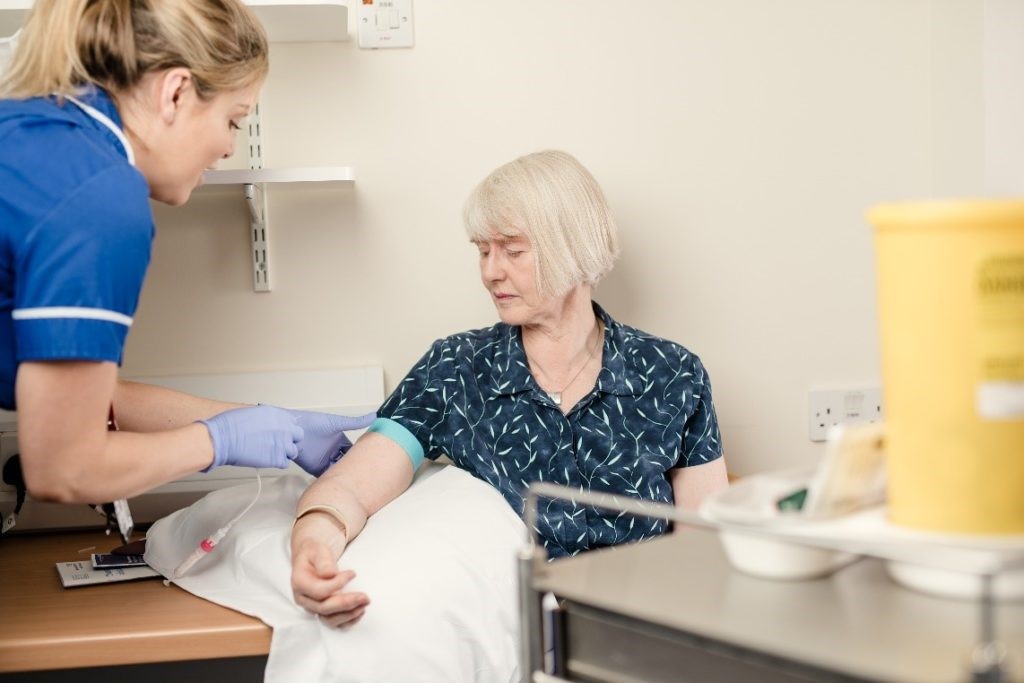 Blood tests were a central theme of this year’s Alzheimer’s Association International Conference in Los Angeles, with researchers from around the world presenting new findings highlighting rapid progress in this area of research. One of the presentations came from Prof Jonathan Schott who is leading the Alzheimer’s Research UK-funded Insight 46 study. 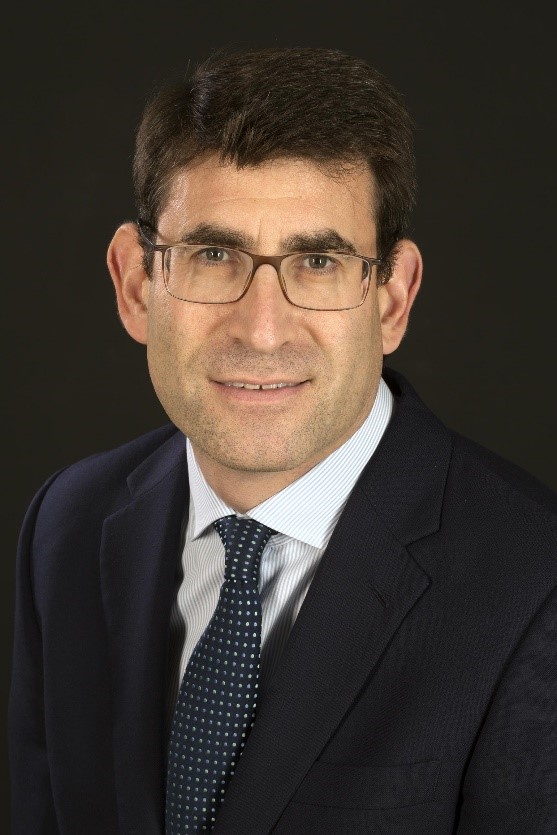 While these blood tests are still some way from perfect, they are set to get better and better and go from intriguing scientific possibility a few years ago, to emerging research tool today, and on to clinically useful tests in the years ahead.

This year, Prof Schott joined Alzheimer’s Research UK as our Chief Medical Officer. As a leading dementia researcher and a senior neurologist working in the NHS, Prof Schott’s experience and expertise will be vital in supporting and shaping our ongoing research, policy, advocacy and strategy work.

Every dementia research project, even if it doesn’t go the way a researcher expected, teaches us something new. But as the UK’s leading dementia research charity, it’s important that we take a step back and look at the bigger picture of how we can speed up breakthroughs for people with dementia.

This year we brought together experts from universities, the pharmaceutical industry and charities to explore gaps in dementia research. The group identified six areas that are currently under-researched and recommended several opportunities to accelerate progress towards a life-changing treatment.

We’ve shared our conclusions with the whole research community and are driving forward areas of focus that will help us transform lives sooner.

In May, the World Health Organisation (WHO) published guidance on how best to help people limit their risk of dementia. An international group of experts met to discuss and review the latest evidence to determine the most effective steps people can take to look after their brain health.

They strongly recommend not smoking, physical exercise, controlling blood pressure and managing diabetes as ways to maintain brain health into later in life.

These valuable guidelines represent the best possible source of information for doctors working to help people reduce their dementia risk. We now want to see these recommendations shared through NHS Health Checks in midlife, as well as through government-led risk reduction campaigns to reach as many people as possible.

Keeping dementia on the political agenda

This year you helped us achieve an incredible feat – almost 35,000 signatures asking for more funding for dementia research.

In May, Alzheimer’s Research UK celebrated Dementia Action Week at 10 Downing Street. We were joined by television presenter and mathematician, Rachel Riley, and two of our committed supporters to hand over your signatures for our Just 1% petition – calling for at least 1% of the cost dementia has on the economy to be invested in research, rather than 0.3% as it currently stands.

With a new government on the horizon, you’re helping us shout louder than ever for fair funding for dementia research in the year ahead. 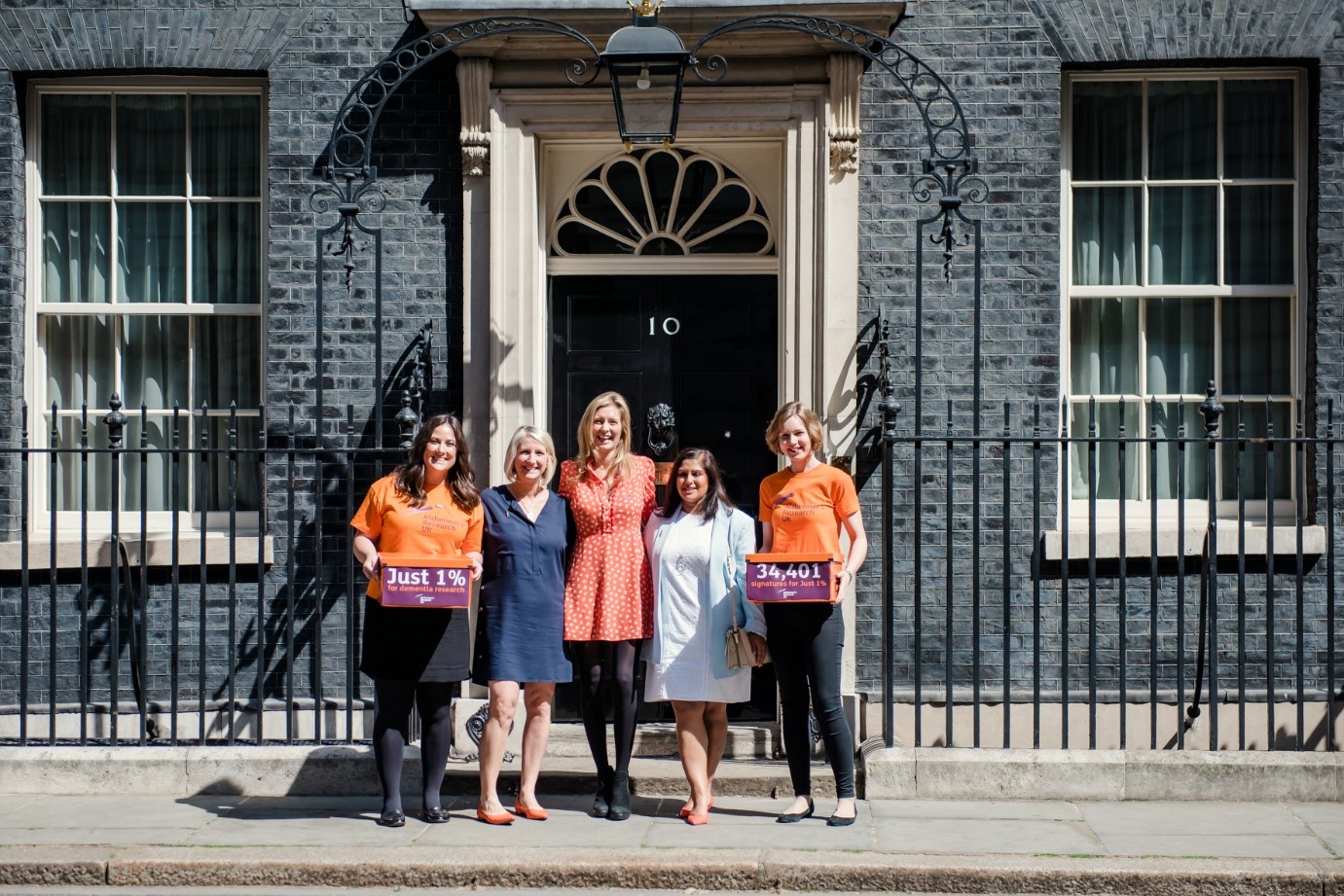 In August our UCL Drug Discovery Institute and venture capital fund, the Dementia Discovery Fund, formed a spin-out company called Astronautx, leveraging an incredible £6.5 million of new funding to take forward one of the Institute’s most promising projects.

The new approach involves resetting the behaviour of astrocytes, crucial support cells in the brain. In Alzheimer’s disease astrocytes become overactive, but by developing drugs to reset them, the team hopes to help nerve cells in the brain to function better for longer.

This is one of a number of pioneering approaches being developed in our Drug Discovery Institutes and a great example of collaboration to speed up the search for new treatments. 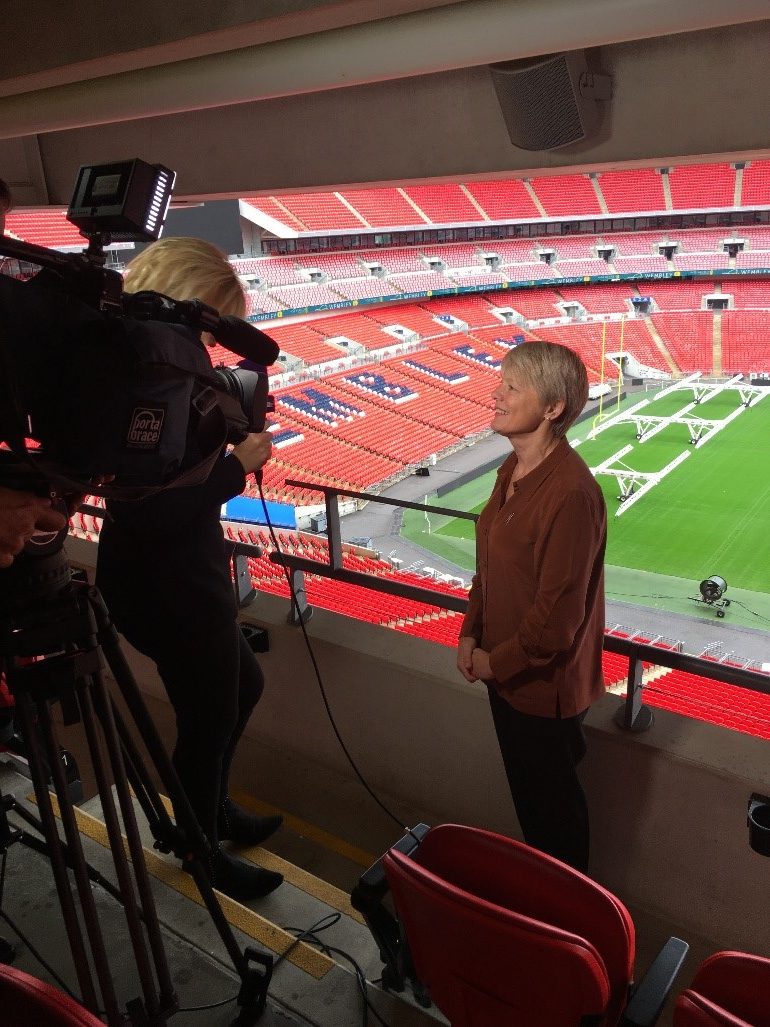 In October, research funded by the Football Assocation highlighted an increased risk of dementia in former professional footballers in Scotland, when compared to a similar group of people who did not play the game.

We don’t yet know what aspect of players’ lives on and off the pitch may be behind their increased dementia risk, but there is a pressing need for further high-quality research to address this question. Alzheimer’s Research UK is now acting as an independent advisor to the FA to help prioritise the direction of future research.

Football is a national passion and it gets more people up and active than almost any other activity. We will help to make sure players at every level can continue to enjoy playing football as safely as possible.

A new Alzheimer’s treatment on the horizon for 2020?

Carefully designed clinical trials are the final hurdle to show a new medicine is safe and effective before it reaches the hands of patients. They’re often the culmination of years or even decades of painstaking research into a disease and how to tackle its biology.

And 2019 may prove to be the first year for nearly two decades in which an Alzheimer’s drug has successfully emerged from clinical trials.

In October, the company Biogen announced that they are seeking approval from US regulators for a potential Alzheimer’s drug called aducanumab. This is based on findings from two final stage clinical trials, which Alzheimer’s Research UK helped to support by recruiting people through the Join Dementia Research service.

On the face of it this is hugely exciting way to end the year. But it’s not straightforward news.

In early December Biogen released more data indicating that aducanumab shows a clear effect on key hallmarks of Alzheimer’s. The additional data provides an explanation for some of the questions that researchers had about the trials but there is still some uncertainty about these results and whether they could mean that a lifechanging dementia treatment is within our grasp. Biogen hopes to hear from the US regulators in 2020.

While we are optimistic, we need to wait for their assessment before we will know whether 2019 was the year in which researchers opened the door to a new generation of dementia treatments. If so, we’ll need to start work to ensure the drug can be approved in the UK too.

As Europe’s leading dementia research charity, Alzheimer’s Research UK plays an important role in the global research landscape and, thanks to you, we funded more research in 2019 than ever before.

With your support we will continue this momentum into 2020 and deliver breakthroughs that will change people’s lives.

Donate today to support pioneering science that is making breakthroughs possible for people with dementia.