An update on our research

It’s a fast-moving and ambitious time for dementia research, with lots of new projects getting underway. Here is just a snapshot of what’s been happening during May. 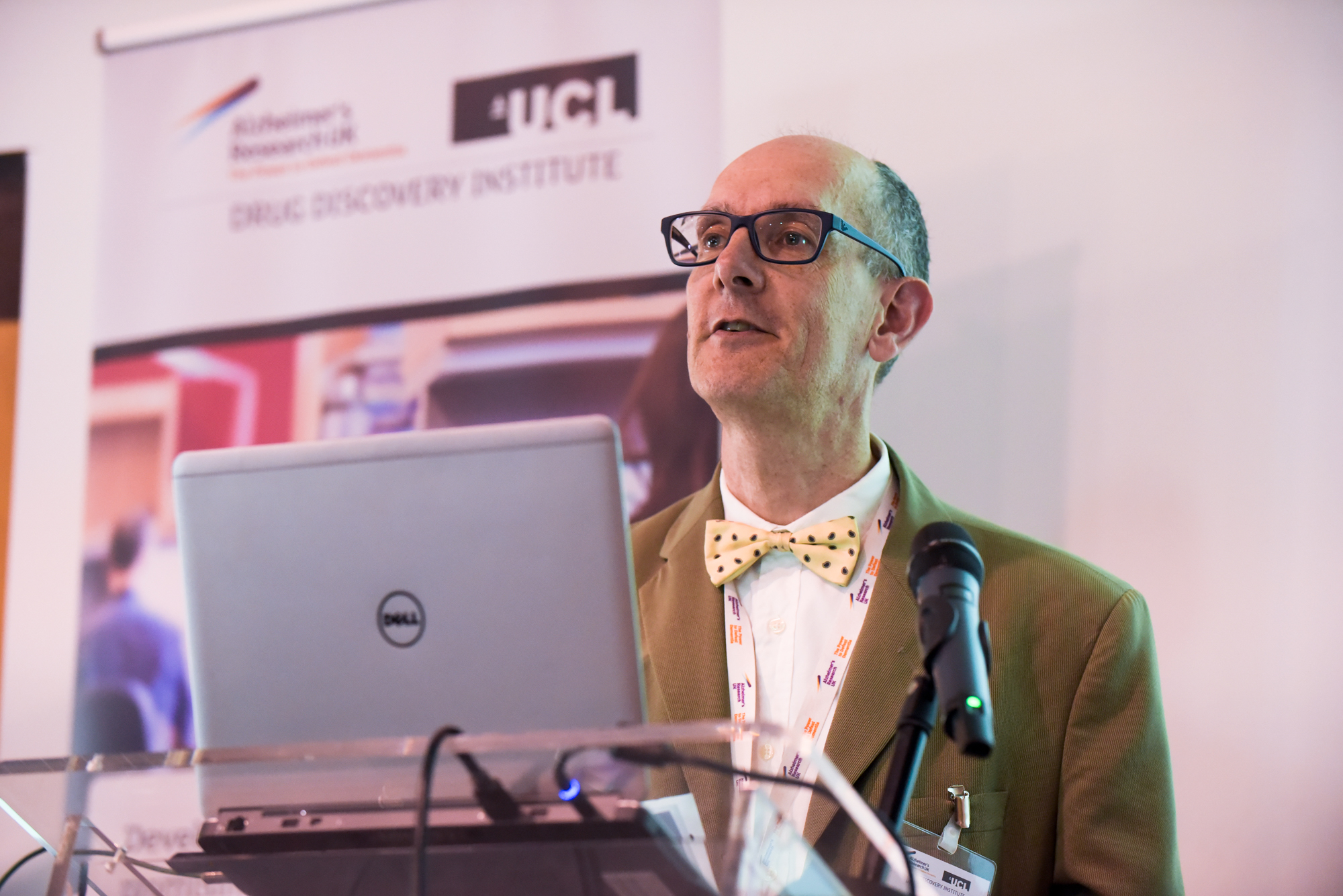 Our Drug Discovery Alliance is an ambitious network of Institutes with dedicated in-house drug discovery experts who are working with academic researchers to find the most promising targets for new treatments. Last month, our UCL Drug Discovery Institute was formally opened at a reception in London. We now have the senior teams of all three Drug Discovery Institutes in place and projects are already getting underway. In the words of the Institute’s Chief Scientific Officer, Prof Paul Whiting, ‘the starting gun has been fired’.

Why are the symptoms of dementia with Lewy bodies so diverse?

People with dementia with Lewy bodies (DLB) can experience a variety of symptoms including sleep disturbances, fluctuations in attention and Parkinson-like movement problems. Thanks to a £45k funding boost, Dr John-Paul Taylor and Dr Luis Pereza-Rodriguez at the University of Newcastle are understanding why. They’ll use brain scans to build a map of brain networks that play a role in DLB. Their work will not only enhance our understanding of the disease but how to more accurately distinguish between DLB and Alzheimer’s.

“One explanation is that all of these areas are connected through a common network of nerve cells in the brain, like a mainline and branch lines on a train map. A breakdown in one of these lines could have a knock-on effect on how the rest of that brain network functions.”

Working together to go global

Your support is helping us to work with other funders to have a more international outlook than ever before. In March we told you about 11 new studies around the globe that were focused on characterising the similarities and differences of neurodegenerative diseases like Parkinson’s and Alzheimer’s. This month, we’ve added two more international studies to our portfolio. Through a partnership with Alzheimer’s Association and the Weston Brain Institute, we’re supporting two US teams to address a crucial unanswered question of how cells die in diseases like Alzheimer’s. This knowledge will help us develop ways to protect nerve cell health in diseases like Alzheimer’s, frontotemporal dementia and Parkinson’s. You can read about all the projects we’re funding here.

Focusing in on amyloid and tau in the brain

If you watched the BBC Horizon documentary, you’ll have seen Prof Nick Fox from UCL talking about how brain scanning is revolutionising research into diseases like Alzheimer’s and allowing researchers to study hallmark dementia proteins amyloid and tau in the brain. We asked Prof John O’Brien to explain more about amyloid scans, why they are helping research and what their limitations are.

Scans to detect tau are also being developed and our funding is helping Prof Paul Edison at Imperial College London to explore their potential. He has just written an update for researchers discussing the ‘exciting progress’ being made in this area of brain imaging research. If a good compound can be developed to detect tau in the brain, it could open doors to more accurate diagnosis and help to streamline recruitment into clinical trials.

Giving a patient an accurate diagnosis of what type of dementia they have can be challenging for doctors, particularly when symptoms overlap. Thanks to your donations, we funded a UCL study that has just revealed how simple visual rating scales can help doctors who aren’t experts in brain imaging to make sense of changes they see on MRI brain scans. The study used different rating scales to analyse brain scans from 184 people with different types of dementia and found that these simple scales – developed to help doctors score areas of brain shrinkage on scans – can be a practical and cheap way to improve diagnostic accuracy.