We’re coming towards the end of another busy year here at Alzheimer’s Research UK. While 2016 looks to hold great promise in the search for new ways to improve the lives of people with dementia, we wanted to reflect on the progress we’ve made during 2015.

The last year was a pivotal year for us as the UK’s leading dementia charity – we launched some of our most ambitious initiatives to date as part of a clear strategy to change lives through research.

Here is a snapshot of what we’ve achieved with your help:

We helped researchers to buy four essential pieces of equipment, three new PhD students embarked on their careers and nine innovative Pilot Grants were able to get off the ground. New studies included Prof Alan Thomas at Newcastle University who is studying changes in the heart as an innovative way to detect the early signs of dementia with Lewy bodies and researchers at the University of Edinburgh investigating blood flow in the brain in dementia.

27 different UK universities benefited from our support and we funded pioneering research outside the UK, including an innovative drug discovery project in Italy.

These papers are sharing important new knowledge about the diseases that cause dementia to the global research community. In November UCL researchers shed light on humour changes in frontotemporal dementia and June saw a team at King’s College London discover a protein in blood that may predict memory and thinking decline over 10 years.

44 new collaborations were formed among our researchers, part of 161 collaborations still ongoing that are spreading our influence across the globe. As a charity, we joined forces with other funders like the US Alzheimer’s Association, the Michael J Fox Foundation and the Weston Brain Institute in Canada to fund large-scale initiatives to tackle key unanswered questions in dementia. In October we invested in the UK government’s Dementia Drug Discovery Fund together with the Department of Health and major pharmaceutical companies as part of our strategic work to fast-track the development of new treatments for dementia.

These Institutes were set up as part of our landmark £30m investment in the Alzheimer’s Research UK Drug Discovery Alliance. Launched in February, the Institutes – based at the Universities of Cambridge, Oxford and UCL – will house expert drug discovery teams to translate the most promising academic discoveries towards new medicines for the diseases that cause dementia.

Up to 90 new research posts will be created across our Drug Discovery Alliance, bringing in vital new capacity to dementia research.

3 Chief Scientific Officers recruited in autumn to lead the work of the Drug Discovery Institutes. Dr John Skidmore, Dr John Davis and Prof Paul Whiting bring with them over five decades of drug discovery expertise to ensure the Institutes can hit the ground running in 2016.

This was the largest gathering of dementia scientists in the UK and our biggest attendance on record. Two days of talks saw scientists from across the UK and the world share new findings, discuss progress and forge partnerships. Our Conference 2016 in Manchester has already sold out.

2 of our first Dementia Consortium grants awarded, linking talented academic researchers to drug discovery partners. The first kicked off in June, helping Dr Diego Gomez-Nicola at the University of Southampton investigate whether an immune system protein called CSF1R could hold potential as the target of new Alzheimer’s medicines. The second project got underway in September and is helping researchers in Italy to search for drugs against a protein which builds up in frontotemporal dementia and motor neurone disease.

500 members of the UK’s longest running birth cohort – the MRC National Survey of Health and Development – will take part in our ambitious study called Insight 46. Launched in July, the UCL-led project will use state-of-the-art brain scanning coupled with memory and thinking tests to study the risk factors for dementia and the earliest signs of diseases like Alzheimer’s in this unique group of 70-year olds.

A staggering 14,000 people registered to Join Dementia Research in 2015 and are waiting to be matched to a study. Join Dementia Research rolled out UK-wide this year and has transformed how researchers can recruit volunteers for their studies, as well as providing valuable opportunities for people with and without dementia to engage in research.

1 winner of the prestigious Breakthrough Prize in Life Sciences. 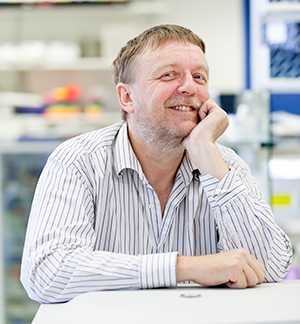 Prof John Hardy, an Alzheimer’s Research UK-funded researcher and a Lead Academic Scientist at our UCL Drug Discovery Institute became the first UK winner of the prize. The award reflected the landmark discoveries he has made over his career linking rare faulty genes to Alzheimer’s and other dementias. These discoveries have shed new light on the biology of the diseases and transformed the research being carried out across the world today.

None of our fantastic progress would be possible without your donations. If you would like to make a donation to help us build on this groundbreaking work and fund the discoveries of 2016, you can donate online today.