Cambridgeshire-based charity, Alzheimer’s Research UK, has been recognised as one of the Best Companies to work for in the East of England.

The charity, with its head office in Great Abington, has been accredited as a 2* Outstanding Company and placed 31st on the list of East of England’s 75 Best Companies to Work For.

The accolade recognises organisations that have an outstanding commitment to workplace engagement. This is measured by an extensive survey, asking employees about different factors including leadership, personal development, and wellbeing.

Alzheimer’s Research UK is also celebrating being named as one of UK’s 100 Best Large Companies to Work For, placing 69th, and 11th in Charity’s 30 Best Organisations to Work For.

Dedicated to better understanding, diagnosing, treating and reducing the risk of dementia, Alzheimer’s Research UK is the UK’s leading dementia research charity. Its mission is to bring about the first life-changing treatment for dementia by 2025.

Since the charity was founded in 1992, Alzheimer’s Research UK has funded over £27.9m in research in the East of England, where over 80,000 people are living with dementia. The charity is currently investing in 20 research projects in the area, including at the University of Cambridge and University of East Anglia, worth £6.5m.

Like many organisations, Alzheimer’s Research UK moved to remote working in response to COVID-19, and its employees have had to adapt to new challenges across the year. At the same time, its work has never been more important: people with dementia have been hit particularly hard by the pandemic, and many research studies have been hampered by delays and reduced funding opportunities. Against this backdrop, the charity has been working to safeguard progress in research, backed by supporters across the county.

“It is an honour to be recognised as one of the Best Companies to Work for in the East of England for a second year running, an award that could not be made possible without our brilliant employees and supporters.

“Dementia is our greatest medical challenge and one in three people born today will develop dementia in their lifetime, without life-changing preventions and treatments. That’s why it’s crucial we have an engaged workforce, who believe in the power of research, so we can bring an end to the heartbreak the condition causes sooner. I would like to thank all our passionate employees and supporters for their efforts, particularly during what’s been a challenging year for all, without whom, none of our life-changing progress would be possible.”

“It’s a real privilege to have been given the opportunity to work alongside some of the most passionate, inspiring, and dedicated people over the last 4 years. The last year has been particularly challenging, where the team at Alzheimer’s Research UK has shown such resilience and adaptability. I’m incredibly proud to be part of such a forward thinking and supportive organisation and knowing that the work we’re doing will change lives.” 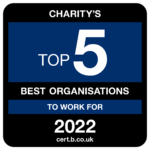 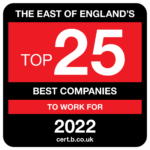 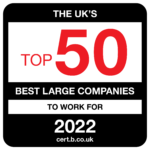