Alzheimer’s Research UK has today announced £100,000 of new funding for research projects at universities throughout Scotland. The news comes on World Alzheimer’s Day, as the UK’s leading dementia research charity also released findings that almost 6 in 10 (58%) adults in Scotland say that they know someone who has been diagnosed with a form of dementia.

Dementia is caused by diseases of the brain, most commonly Alzheimer’s disease. It can cause symptoms of memory loss, communication problems and difficulty carrying out day-day tasks. Currently there are estimated to be 90,000 people living with dementia in Scotland and nearly one million people in the UK.

This new funding will allow scientists to test early, bold, and innovative ideas, helping provide a strong foundation for longer-term projects. Dr Trevor Bushell is recipient of a £50,000 grant to investigate whether modulating the body’s immune system can have protective effects in Alzheimer’s disease.

Speaking about the project Dr Bushell, from the University of Strathclyde said: 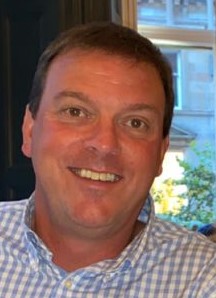 “Scotland is a hotbed for dementia research and my project will look at a new area of research – immunomodulation – where we are looking to modulate rather than suppress the brain’s immune system to see if it slows down disease progression and reduces the impact of disease.

“Sustained funding for dementia research is critically important if we are to capitalise on breakthroughs already made in dementia research. If the COVID-19 pandemic has given us anything, it’s a greater understanding and trust in the importance of biomedical research.”

If this project is successful it could lead to further investigation to determine whether modulating the immune system in the early stages of Alzheimer’s disease could hold potential for new treatments.

Alzheimer’s Research UK has also awarded £50,000 to researchers at the University of Edinburgh. Prof Malcom Macleod will lead a team to build a publicly accessible web platform that collects, curates and summarises relevant dementia research. The team will use machine learning algorithms to help identify gaps in existing research, inform new research strategies to improve quality of new studies.

This timely funding boost comes as the charity publishes results of new polling revealing that adults in Scotland are among the highest in the UK to know someone with dementia.

It reveals that almost 6 in 10 (58%) adults in Scotland say that they know someone who has been diagnosed with a form of dementia such as Alzheimer’s disease and more than half (51%) of Scots say dementia is the health condition they fear most about getting in the future.

The findings are released from Wave 2 of the charity’s Dementia Attitudes Monitor, the most comprehensive regular monitor of public perceptions into dementia and research.

Willy Gilder, 68, a former BBC journalist who lives in Edinburgh, was diagnosed with Alzheimer’s disease earlier this year.

He said: “Although there are thousands of people in Scotland and across the UK living with dementia, and so many people know someone affected, it seems to me that we still get forgotten about. We get put to one side and people say: ‘There’s no cure, so there’s not a lot of point in doing very much about this’. But I don’t want to just be condemned to slowly moulder away and I think that for years we’ve just allowed that to happen with dementia. And it’s about time that changed.

“Since I have been diagnosed with Alzheimer’s disease, I have discovered that there is a great disparity between the amount of funding for research into this disease compared to other diseases like heart disease and cancer.

“My diagnosis process was very lengthy and convoluted, so I think it is important to find ways to improve diagnosis. And we desperately need new treatments that can slow down and ultimately cure the brain diseases that cause dementia.”

“At Alzheimer’s Research UK, we work tirelessly to help people understand and talk more openly about dementia, as well as funding pioneering research into the condition. We know that dementia is caused by physical diseases that can be overcome through research, so we’re committed to funding innovative ideas and pushing forward research that will bring life-changing treatments sooner.

“Dementia touches the lives of millions of people throughout the UK, but people in Scotland seem to be particularly likely to know someone affected. This World Alzheimer’s Day we’re encouraging everyone to take steps to better understand the condition and support cutting-edge research.”

Alzheimer’s Research UK’s Dementia Attitudes Monitor Wave 2 report is funded by The Perfume Shop and launches on 21 September at www.dementiastatistics.org/attitudes